Graphs have found application in subjects like Geography, Chemistry and Engineering Sciences. They are also widely used in solving games and puzzles. In computer Science, graphs are used in many areas one of which is computer design. In day-to-day applications, graphs find their importance as representations of many of physical structure.

The graph theory helps us to solve problems like:

A graph G consists of a set V of vertices (nodes) and a set E of edges (arcs). We write G = (V , E), V is a finite and non-empty set of vertices. E is a set of pairs of vertices, their pairs are called edges. 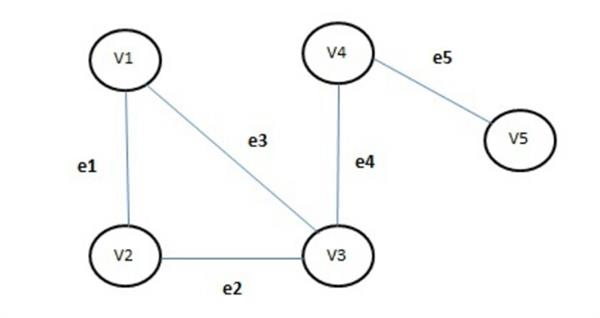 i.e., there are five vertices and five edges in the graph.

A graph may be graphically also represented as: 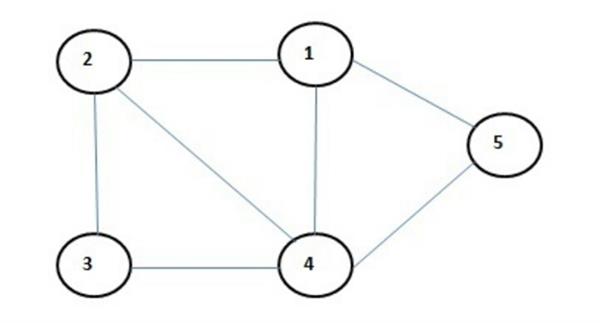 You may notice that the edge incident with node 1 and node 2 is written as (1,2); we could also have written (2,1) instead of (1,2). This is same for all other edges. We may say that ordering of vertices is not significant here in case of undirected graph.

A directed graph may be pictorically represented as in figure.
The direction is indicated by an arrow. 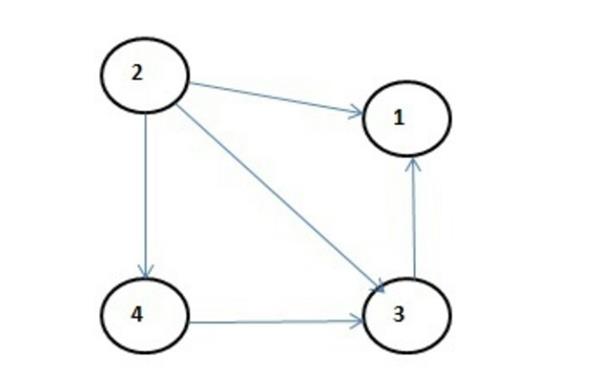 Adjacent Vertices: Vertex v1 is said to be adjacent to a vertexv2 if there is an edge (v1,v2) or (v2,v1).
Let us consider the graph in the figure.

Path: A path from vertex w is a sequence of vertices, each adjacent to the next. Consider the above example again 1,2,3 is a path and 1,4 and 3 is also a path.

Connected graph: A graph is called connected if there exists a path from any vertex to any other vertex. These are graphs which are unconnected. Consider the graph in Figure.

There is no directed cycle in the above graph. You may verify the above statements. A diagraph is called strongly connected if there is a directed path from any vertex to any other vertex.

Consider the graph below in the figure. 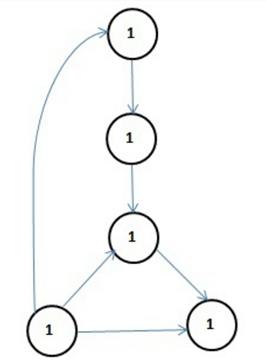 There does not exist a directed graph from vertex 1 to vertex 4, also from vertex 5 to other vertices and so on. Therefore, it is a weekly connected graph. To make it strongly connected there are certain changes that are required given as above in figure.

Degree: The number of edges incident on a vertex determines its degree. The degree of vertex u is written as a degree(u). If degree(u)=0, this means that vertex u does not belong to any edge then vertex u is called isolated vertex.

In a directed graph (Digraph), we attach an indegree and an outdegree to each of the vertices.

Complete graph: A graph G is said to complete or fully connected if there is path from every vertex to every other vertex. A complete graph with n vertices will have n(n-1)/2 edges.

Weighted graph: A graph is said to be weighted graph if every edge in the graph is assigned some weight or value. The weight of the edge is a positive value that may be representing the cost of moving along the edge or distance between the vertices.

In the above figure, we mentioned the distance between Agra and Bharatpur as 45 km and Agra and Mathura is 53 km.

Tree: A graph is a tree if it has two properties:

The following graphs are Tree:

This representation can also be implemented using an array as follows.