When we are solving a problem using recursion, we break the given problem into smaller ones. Let's say we have a problem A and we divided it into three smaller problems B, C and D. Now it may be the case that the solution to A does not depend on all the three subproblems, in fact, we don't even know on which one it depends.

Let's take a standard problem.
N-Queens Problem: Given a chess board having N×N cells, we need to place N queens in such a way that no queen is attacked by any other queen. A queen can attack horizontally, vertically and diagonally.

Continue doing this, as long as following conditions hold.

If the number of queens to be placed becomes 0, then it's over, we found a solution. But if the number of unattached cells becomes 0, then we need to backtrack, i.e. remove the last placed queen from its current cell, and place it at some other cell. We do this recursively.
The complete algorithm is given below: 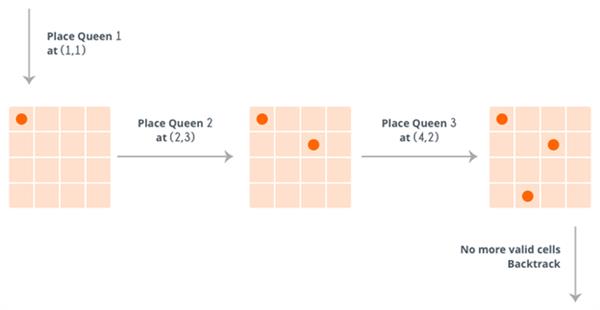 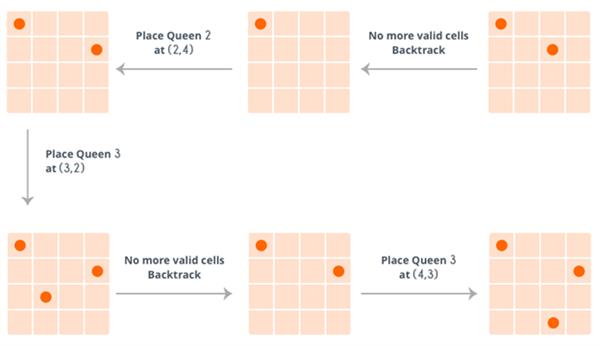 So, at the end it reaches the following solution: 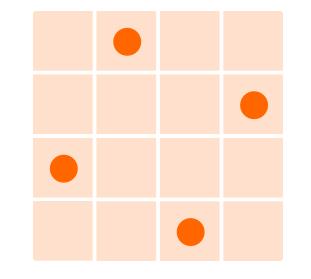 So, clearly, the above algorithm tries solving a subproblem, if that does not result in the solution, it undoes whatever changes were made and solve the next subproblem. If the solution does not exist (N=2), then it returns false.