Usually, an algorithm that is asymptotically more efficient will be the best choice for all but very small inputs.

In other terms, we often wish to make a blanket statement that covers all inputs, not just the worst case. We shall see asymptotic notations that are well suited to characterizing running times no matter what the input.

The notation Θ(n) is the formal way to express both the lower bound and the upper bound of an algorithm’s running time. For a given function g(n), we denote by Θ(g(n)) the set of functions 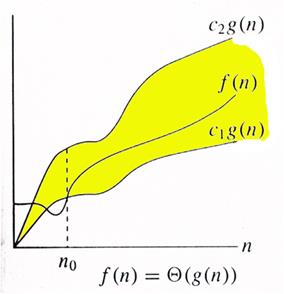 The ‚Θ-notation asymptotically bounds a function from above and below. When we have only an asymptotic upper bound, we use O notation. For a given function g(n) we denote by O(g(n)) (pronounced “big-oh of g of n” or sometimes just “oh of g of n”) the set of functions

We use O-notation to give an upper bound on a function, to within a constant factor.

Figure shows the intuition behind O-notation. For all values n at and to the right of n0, the value of the function f(n) is on or below cg(n). 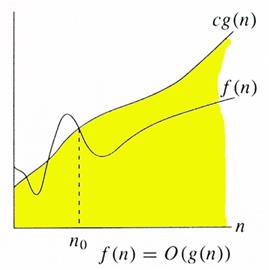 Figure shows the intuition behind $-notation. For all values n at or to the right of n0, the value of f(n) is on or above cg(n). 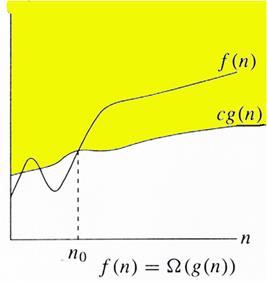 The greedy method is a general algorithm design paradigm, built on the following elements.

Objective function: a score assigned to configurations, which we want to either maximize or minimize

Applications of the Greedy Strategy