What are Python Functions ?

A function is a set of statements or codes clubbed together to perform a specific task. Functions divide programs into smaller modules. The idea behind developing functions is to create a block of code to perform the repetitive task easily without rewriting the code. It increases reusability, modularity, memory management of programs while decreasing the complexity. Although python offers many built-in functions such as print() etc, one can create their own functions too.

Here “def” is the keyword which tells the interpreter that the function is being declared here. The keyword is then followed by the name of the function then parameters to be passed to the function are enclosed within parenthesis. Colon (:) indicates the end of the def. After definition, executable statements are written with the indentation in the next line.

To call the function, use the name of the function followed by parameters enclosed within the parenthesis. 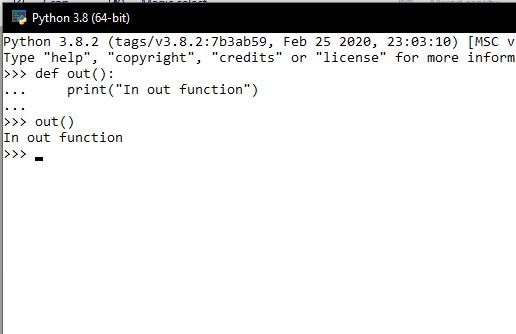 Here in this example, we have created simple functions without parameters. 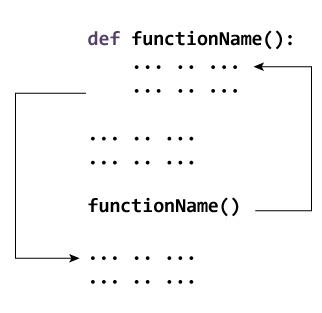 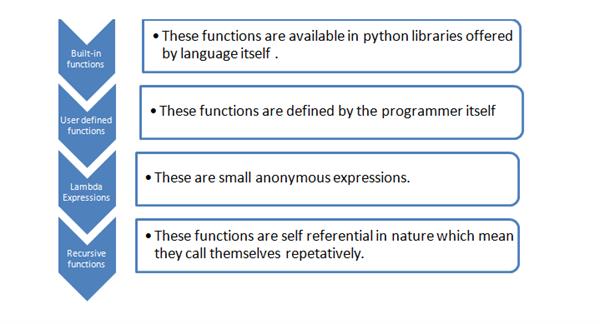 To use any built-in function one must follow the format.

A lambda expression is a small anonymous function. This function can take any number of variables but can have only one expression to evaluate value. 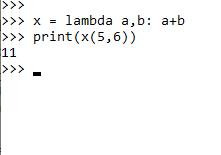 Then call the function using variable and passing parameters along with it.

Recursive functions are self-referential functions. Recursion is a mathematical concept, in this function repeats itself in order to evaluate the outcome. While writing recursive function one must be careful enough to create the terminating point of the function. 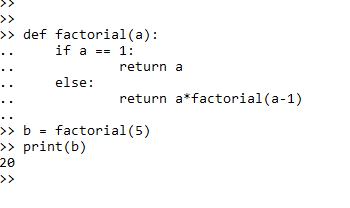 Here in this example, we have created a function to evaluate the factorial of a number using recursion.

In the above-given example, you might have noticed the “return” keyword. This keyword performs the function of its actual meaning i.e., it returns or goes back from where the function was initially called.

“return” statement gives back the output of the function along with the control back from where it was called. Although the “return” statement is capable of returning many variables. In case the programmer does not return any value, the function will return “none” to the respective variable. When it comes to returning multiple variables, “return” the statement by default use tuples but one can typecast it to return a list of variables rather than a tuple. 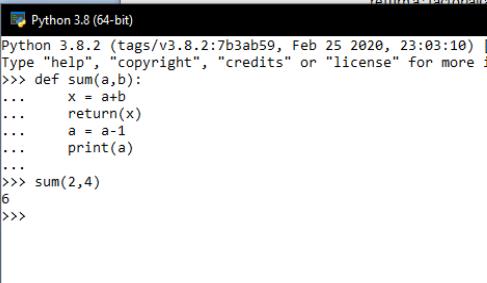 Till now we have discussed various benefits and ways to use functions but there are some situations in which you have to declare a function but do not want to define it but you cannot leave it blank as well because then the interpreter will give you an error.

So as you know python offers various types of functions in order to ease the programming. Using functions effectively is one trait of a good programmer. So use functions in your program as well and if you have any doubt or query please mention in the comment section below. I will surely solve your query as soon as possible.