What are Python Frameworks?

Python is an open-source, interpreted, and a high-level programming language. It easy to use syntax and compatibility with different types of applications adds on to its popularity. But to create an application using any language, Framework is required.

A framework is known to be a collection of modules or packages which help in developing web applications. While working on frameworks the developer doesn't need to worry about the low-level details like protocols, sockets, or thread management. By automating the implementation of redundant tasks, and providing the structure, frameworks reduce development time. The key advantage of using a framework is the flexibility. They are extensible and provides us with the necessary tools to extend its features.

A Full Stack Web Framework is the one that supports the development of all the major parts of the software such as front end, back-end, and database connectivity. Such frameworks work as a one-stop-solution for all the development related requirements. Form generators, form validation, and template layouts are usually available with a typical full-stack framework.

As Framework plays such an important role in development, one must choose the framework responsibly. So In this article will discuss the top 5 python frameworks:

Django is one of the foremost popular framework used for python. Developed and maintained by Django Software Foundation, this python-based open-source web framework was first released on July 15, 2005. Currently, the available version is Django 3.0.5.

Being a full-stack development type framework, it held a number of built-in functions available without any additional library. It follows the DRY principle to reduce the repetition of information. In Django, mapping objects to database tables are made using the Object-Relational Mapping Layer (ORM), rather than offering them as individual libraries. Django has inbuilt support for MySQL, PostgreSQL, SQLite, and Oracle Database but can also support other databases by using third-party drivers.

It is an open-source, full-stack,  semantic web application framework. It is licensed under the LGPL. The Cubic web was initially released in October 2008. The latest version is 3.27.0.

This framework is considered to be unique because of its ability to reuse the components (known as cubes) to build an application. Based on the data model, supported by CubicWeb, it requires to have the data model predefined in order to develop a functional application.

This ability of the CubicWeb framework makes this it efficient. The application built using this framework is considered to be efficient and reliable.

It is a micro web framework. Developed by Marcel Hellkamp, the framework was initially released in July 2009. The latest version is 0.12.18.

Designed to be fast, simple and light-weight, and is distributed as a single file module with no dependencies other than the Python Standard Library, this is often the best suitable framework to create APIs or simple applications. This framework can also be easily used with the prototyping model and to create prototypes of the application. As this framework uses a single library, there is less complexity and it allows developers to build lightweight applications. 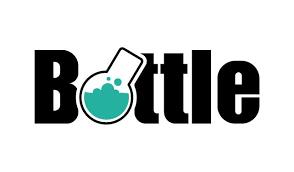 CherryPy is another open-source, micro web framework that was licensed by BSD. This framework first came into the market in the year 2002. The latest version is 18.5.0.

Because of the OO paradigm, applications built using this framework comes out as efficient, reliable, and stand-alone in nature. An object-oriented paradigm also helps the application to achieve multithreading.

One of its types, Tornado framework is an asynchronous, scalable, and non-blocking web server framework. This framework was developed by Ben Darnell initially for FriendFeed Company which was later on acquired by Facebook in 2009. Facebook then along with Ben Darnell and Bret Taylor, further developed the framework and made it open-source. Apache holds the license for the framework. The latest release is 6.0.4.

Tornado uses a non-blocking network which means that it can create as much as ten thousand of the open connections. This ability makes it suitable for applications where signals with long lives are required for various users.

Whenever you develop any application, choose the framework as per the need and goal of the application