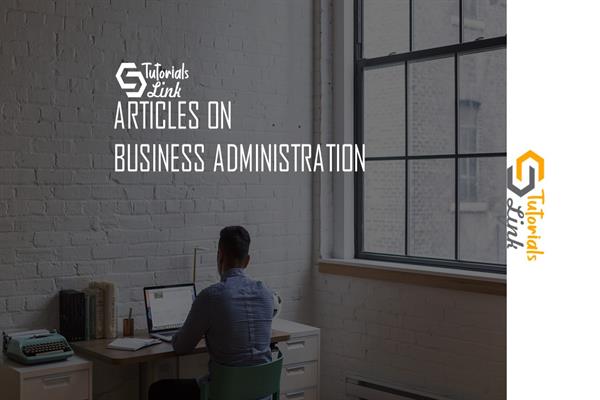 Q1.What is tax and why is tax levied and collected?

Tax specialist describes the tax as a financial charge/levy imposed by the government. The word is derived from the Latin word ‘tax is’ meaning to estimate. It’s levied by the government to carry out public expenditures to solely realize the goal of social welfare.Its is not voluntary payment by a taxpayer, but it’s a mandatory obligatory and mandatory contributions to be made by an individual or any organization.Concerning India, our Constitution through laws enforces the government to levy and collect taxes to meet its developmental goals. It can be in the form of taxes, charges, fees, or cess.Since India has a federal setup of governance, both central and state governments are authorized to levy by schedule 7. It outlines the central and state list to carry out its fulfilment.

Q3.How many heads are there under total income?

There are five heads under total income:

An "Assessee" is a person who is liable to pay tax or any other sum of money under the Act.

Q5.What do you understand by dissolution of firm?

Q6.What is direct and indirect tax?

Tax system is classified into broad categories such as:

Direct is directly levied over the person or the property and companies and corporations over their profits. A responsible legal entity will pay directly to the government. Some of direct taxes are as follows:

Indirect is to be collected from the third person.  of the cases the consumers have to pay for goods and services, manufacturers transfer over the retailers and the dealers.

Recent tax reforms have overhauled the taxation system in India, bringing the ‘ONE NATION, ONE TAX’ regime i.e.; Goods and Services Act (GST) since 2017. It came into effect on July 1st, 2017. Since then taxation is studied and understood concerning GST.

The Goods and Services Act (GST) is a single indirect system over the nation. It is a comprehensive system that encapsulates the various indirect taxes being charged by the government.IT aims to have one Uniform tax rate at different slabs across the territory. It is levied on both goods and services. It revolutionizes our tax structure, realizing the goal of the act i.e. One Nation, One tax system.

It is levied by both central and state governments in this federal governance with different slabs applicable to goods and services with exemptions.

Q8.What are the taxes that GST replaces?

The GST replaces indirect taxes such as:

Q9.What do you understand by total income?

Total Income is the amount on which the Income Tax is paid. Total income include all income that accrue, arise, earned or received in India (except those income which accrues or arises outside India). Total Income is the total amount earned by an individual or organization, including income from employment or providing services, revenue from sales, payments from pension plans, income from dividends, or other sources. Total income is generally calculated for the assessment of taxes, evaluating the net worth of a company, or determining an individual or organization's ability to make payments on a debt.

Q10.Explain the benefits of Goods and Services Tax, GST.

The biggest benefit of GST is an elimination of multiple indirect taxes. GST is a comprehensive indirect tax that is designed to bring the indirect taxation under one umbrella. It eliminates the cascading effect of tax. Cascading tax effect can be best described as ‘Tax on Tax’.

Q11.What are the salient features of the GST?

Some of the features are as follows:

Q12.How many heads are there under total income? Name them.

There are five heads under total income. They are

Gratuity is a sum of money paid by an employer to an employee for services rendered in the company. However, gratuity is paid only to employees who complete 5 or more years with the company.

It compromises the name of the supplier and the recipient. the amount due for the payment, description of the goods made, quantity, and the value and other details are outlined.

Q15.Does the tax liability of an individual get affected due to his residential status? If yes, explain.

Yes, tax liability of an individual does gets affected due to his residential status as per Section % of the Income Tax Act 1961 and is also dependent on place and time of accrual or receipt of income. You must understand the difference between Indian income and Foreign income as Indian income is always taxable in India in accordance with the residential status of the taxpayer.

It simplified the process of transportation of the goods, especially in the case of interstate supply. It has the details of the consignee and consigner, the address of the delivery place, the value of the goods, and of course the destined delivery date.

Q17.What Is Marginal Relief And How It Is Computed?

The concept of marginal relief is designed to provide relaxation from levy of surcharge to a taxpayer where the total income exceeds marginally above Rs. 1 crore or Rs. 10 crore, as the case may be. Thus, while computing surcharge, in case of taxpayers (i.e. Individuals/HUF/AOP/BOI/artificial juridical person) having total income of more than Rs. 1 crore, marginal relief shall be available in such a manner that the net amount payable as income-tax and surcharge shall not exceed the total amount Source

Q18.What are the basic and additional conditions for Resident and ordinarily resident (ROR)?

It is to be availed by the small traders having a turnover less than Rs.1.5cr and want to escape themselves from the tedious formalities of paying Gst at a fixed rate of turnover.

The turnover of all the businesses registered under the same PAN number is to be considered.

Conditions to be considered under CS:

For to register under composition scheme, so to get login into the GST portal through filling the form CMP 02.

TDS stands for tax deducted at source. It is tax which is deducted on source of income. As per the Income Tax Act, any company or person making a payment is required to deduct tax at source if the payment exceeds certain threshold limits.

TDS is deducted on the following types of payments:

When the assets of the company are written off over a number of years for the purpose of their replacement or renewal and not depending on the life of asset is termed as amortization. It is different from depreciation, which is periodic writing off of the asset based on its normal life expectancy.

Impairment can be termed as the fall in the value of the asset due to any physical damage to the asset, obsolescence, or due to technological innovation. Impairments can be written off. Simply you can say that impairment is the difference between the fair value and the carrying value of an asset.

Q23.If a NRI buys property in India, does he has to pay property tax?

Q24.What documents are to be enclosed along the return of income?

There is no need to enclose any documents with the return of income. However, one should retain the documents to produce before any competent authority as and when required in future.

Q25.What is Excise & Service Tax? What is the difference?

Answer: Excise tax is an indirect tax that is imposed on the manufacture, sale or use on certain types of goods and products. Excise taxes are generally imposed on goods such as cigarettes or alcohol, also in the price of an activity such as gambling. Excise taxes may be imposed by both Federal and state authorities.

Service tax is an indirect tax imposed by the government on service providers on certain service transactions, but is actually paid by the customers. Services provided by air-conditioned restaurants and short term accommodation provided by hotels, inns, etc are included in the taxable services.

The major difference between excise tax and service tax is that excise tax is charged on manufactured goods and sales tax is imposed on certain services provided.