In the coming months, Samsung will release several smartphone models

Samsung is all set to introduce a variety of smartphones in coming months across India including the Galaxy A52s, Galaxy M32 5G, and Galaxy A03s, in different price ranges. The following is a list of future Samsung smartphones that will be released in India soon. Hence do read the complete article. 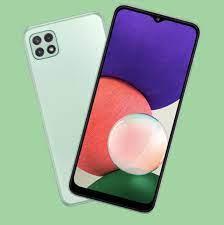 The Samsung Galaxy A52s is believed to be released in India later in August. Although, the release date has yet to be disclosed. While talking about the specifications of the Samsung Galaxy A52s the phone features a 6.5-inch Super AMOLED display with a resolution of about 10802400 pixels, along with it this phone is also equipped with a Qualcomm Snapdragon 778 SoC processor and 8GB of RAM, and 256GB of internal storage. With this phone, you'll also get a 64-megapixel quad-camera system on the back and a 32-megapixel front-facing camera. While talking about battery this phone supports 25W rapid charging 4,500mAh battery. In India, the Samsung smartphone is estimated to cost less than Rs. 40,000.

In terms of battery life, this Samsung model featured a 5000mAh battery with 15W rapid charging capability, among other features. With the price starting at Rs 20,999 in India, the Samsung Galaxy M32 5G smartphone is predicted to be less expensive as compared to the Samsung Galaxy M42 5G.

On the other hand, when talking about the price Samsung Galaxy A03s is rumoured to be priced at Rs 11,499 in India.