Google has removed fake applications from the Play Store; learn how to spot harmful apps.

The tech behemoth Google recently removed eight applications from its Google Play Store. The applications that were prohibited were used to trick people into installing bogus apps in order to earn money.

Google also revealed in its I/O event held in May this year that there are a large number of applications available on the Google Play Store many of which are malevolent in nature. 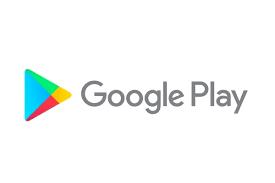 Google took help if security firm Trend Micro to recognize such apps. Several fake Applications have also been taken down from the Google Play Store after getting spotted.

Ethereum (ETH) - Pool Mining Cloud was one of the eight applications that enticed consumers to pay for ad watching, as per a Trend Microanalysis. Users were also duped into handing out money to their friends in return for installing the app.

Money was paid in the form of bitcoins. Users should avoid such apps, according to the security firm. They also advised users to uninstall fake apps right away if installed any earlier.

How to Recognize Fake Applications?

We kept several important data in our phone hence, if you wish to keep your data safe, you must exercise caution when installing applications from the Google Play Store.