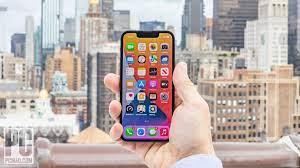 While buying a smartphone you'll probably observe a big battery inside the device. Although, such a battery often offers fast charging facility. However, despite this, several times you'll have to suffer due to the slow charging speed. If you are also a victim of such an issue, then you must read this article as here I'll tell you about a few such reasons that will cause you trouble while charging your phone.

Bad chargers and cables can cause your smartphone to charge slow. The cover over the cable is sometimes cut, which damages the thin delicate wire of the charger. Besides this, internal faults in the charger and the accumulation of dust on the connector could also decrease your charger's charging speed.

Another cause of the slow charging speed could be the avoidance of updating new software on the smartphone. Several times it has been observed that users avoid downloading the software update that came with the smartphone which impacts the performance of the smartphone and makes it slow. Alongside, the smartphone also started producing heat which makes it necessary for the users to update their software from time to time.

The active apps in the background can also be the reason behind the draining of the battery as it causes the overconsumption of RAM which also impacts the charging speed of the smartphone. Hence, people should close the unnecessary applications running in the background while using the phone.