What is a Virtual Machine in Cloud and Virtualization Concepts?

What is a Virtual Machine?

A virtual machine is a software computer that, like a physical computer, runs an operating system and applications. It can run the same programs and behave exactly like the original machine that you can touch with your fingertips except that you can't actually touch the new machine because it only exists in the program.

An operating system is software that controls the computer and allows it to operate and also to run other programs such as application software.

A VM requires the same components a physical computer needs such as a keyboard, a mouse, a CPU, RAM, and more to be fully functional. The image below displays some of the components that a VM needs: 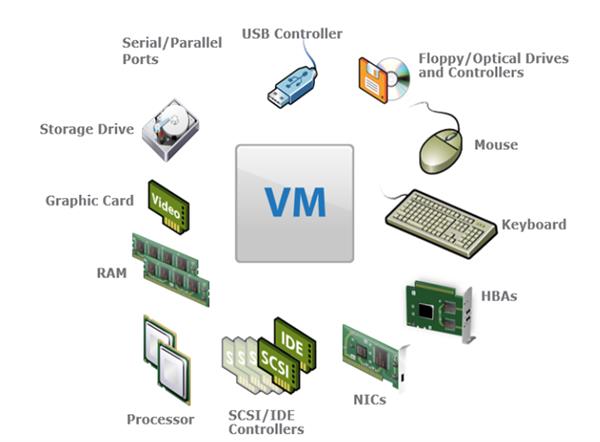 Once the hardware components are virtualized, a virtual machine can be built from them to run a web browser, email, games, music player, and many other applications just like the original hardware machine. The objective of virtualization is to have an instance (a copy) of something in a reality (virtual) on top of our reality (hardware).

Now that the VM has hardware and an OS, the virtualization program packages all of the virtual components of a VM together as a set of files. That set of files is the VM. The files are executed in the virtual layer, creating the virtual machine. It can now have applications installed onto it which will run just like they do on a physical machine.

In order to clarify how a set of files can become a virtual machine that runs in the virtualization layer, we have to elaborate on the makeup of the virtual layer. The virtualization layer includes a piece of technology called the hypervisor. We will explain what a hypervisor is in detail in the next chapter, but it is important to become acquainted with the term. For now, we will refer to the hypervisor as the "host". 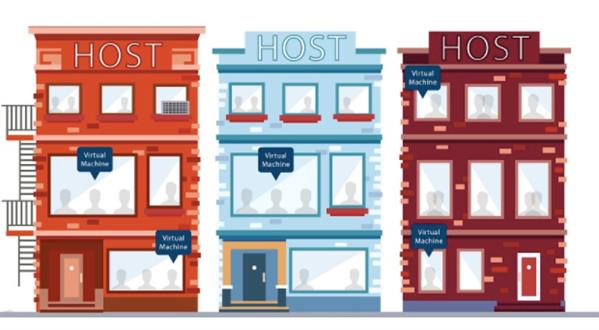 Many virtual machines can be created on a host. A new VM can be hosted as long as the physical machine can support the VM's hardware needs.

Can you guess what VMware stands for, now that you know what a virtual machine is?

"VM" stands for Virtual Machine and "ware" stands for software. VMware is a virtualization company that delivers virtual machine software to individuals and businesses.