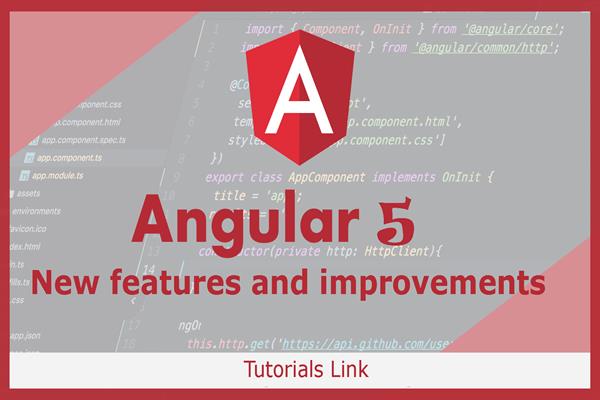 Angular 5, the next version of Google developed JavaScript framework. Angular 5 is going to be a much better version and you will be able to take advantage of it. It's been an excitement for Angular developers as the wait is over with the arrival of Angular 5.

Angular 5 has been a lot of bugs fixes since Angular 4, that makes Angular 5 more reliable. Due to the Angular 5’s delay, Angular 6 should arrive in March or April 2018, followed by Angular 7 in September or October 2018. Each Version has the feature of backward compatible with the prior release.

Following is the list of Angular 5 major features and performance improvement:

Angular 5 will now report the error if it finds any discrepancies in CSS while binding. It also shows the error for invalid CSS properties and syntax.

Following is the schedule for Angular 5 release