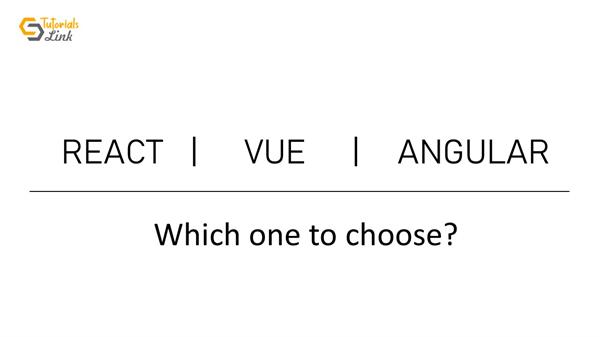 React Vs Vue Vs Angular

As a starter, this always remains a hot topic and moreover, there is a drastic change in its answer too. There is always a battle between Angular and React but a new member joined the battle too and significantly makes it promising too - its Vue.js

I this article we will surely try to answer your query, most significantly:

Angular - Angular, developed by Google was first released in the year of 2010, making the oldest among the three, in fact, a big brother. Ever since various versions of angular were released and developed.

Vue - Vue is also known as Vue.js was developed by Evan You in the year of 2014 (ex-Google employee). Over the year Vue has seen and experienced very fast and notable growth in a small amount of time.

Angular is the most used framework till, also backing up with good contributors, may be termed as a complete package. Angular is a good choice for large teams and developers who already uses TypeScript.

The job market for reacting is really good, could be the best choice for someone starting for the JavaScript framework and gives a great advantage to those who want to build flexibility with their code.

Vue with a short amount of time has come across to become a strong competitor against the two. Chinese giants choosing the Vue with much favor like Alibaba ad Baidu as their front-end JavaScript framework.

The three frameworks take the crown in their own segment if you are looking for great documentation and contributors angular or react could be your choice but thinking for simplicity with flexibility then I guess Vue could be, it all depends upon our own decision to get what we wanted using these frameworks with efficiency.