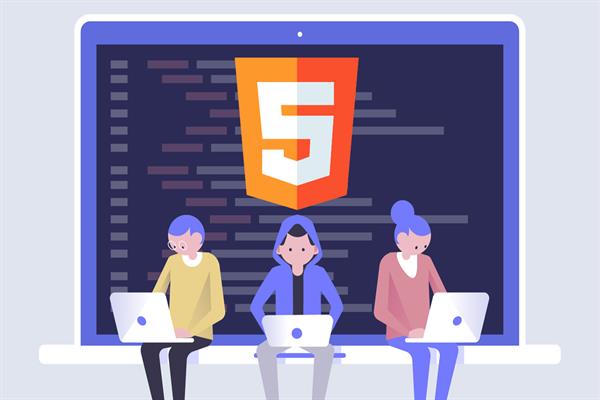 1.Name some common lists that are used when designing a page.

There are many common lists used for design a page. You can choose any or a combination of the following list types:

HTML tags are composed of three things: an opening tag, content and ending tag. Some tags are unclosed tags.

3.What are the different ways you could integrate CSS into your HTML page?

There are three ways that you could integrate a certain CSS style:

4.How can we include audio or video in a webpage?

HTML5 provides two tags: <audio> and <video> tags using which we can add the audio or video directly in the webpage.

6.What is semantic HTML?

Semantic HTML is a coding style. It is the use of HTML markup to reinforce the semantics or meaning of the content. For example: In semantic HTML <b> </b> tag is not used for bold statement as well as <i> </i> tag is used for italic. Instead of these we use <strong></strong> and <em></em> tags.

7.Do all HTML tags have an end tag?

No. There are some HTML tags that don't need a closing tag. For example: <image> tag, <br> tag.

8.What is the meaning of cascading? How do style sheets cascade?

CSS brought about a revolution in web-development and how people perceive the process of building a website. Prior to the existence of CSS, elements had to be styled in an in-line fashion or the style were implemented in the head section of an HTML page. This was changed due to the cascading nature of CSS. Here are the three major ways CSS cascades:

9.Are the HTML tags and elements the same thing?

10.What are the limitations of CSS ?

An image map is used for linking many different web pages using a single image. It is represented by <map> tag. You can define shapes in images that you want to include as part of an image mapping.

12.How to insert a copyright symbol on a browser page?

Below are the prominent CSS frameworks in the web development industry today:

Bootstrap is the most popular CSS framework for developing responsive and mobile-first websites. Bootstrap 4 is the newest version of Bootstrap

Foundation is a responsive front-end framework. Foundation provides a responsive grid and HTML and CSS UI components, templates, and code snippets, including typography, forms, buttons, navigation and other interface elements, as well as optional functionality provided by JavaScript extensions.

UIkit is a lightweight and modular front-end framework for developing fast and powerful web interfaces.

14.What are void elements in HTML?

15.Who maintains the CSS specifications?

16.What benefits and demerits do External Style Sheets have?
Benefits:

The effect on a normal webpage of the tags <strong>, <b>  and <em>, <i> is the same. <b> and <i> tags stands for bold and italic. These two tags only apply font styling and bold tag <b>, just adds more ink to the text, these tags don't say anything about the text.

Whereas, <strong> and <em> tags represents that the span of text is of strong importance or more importance and emphatic stress respectively, than the rest of the text. These tags have semantic meaning.

18.Explain the CSS Box Model and its different elements.

The CSS box model describes the rectangular boxes that are generated for elements in the document tree and laid out according to the visual formatting model. Each box has a content area (e.g. text, an image, etc.) and an optional surrounding padding, border, and margin areas.

The CSS box model is responsible for calculating:

The box model has the following rules:

19.Does a hyperlink only apply to text?

20.What are the tags used to separate a section of texts?

There are three tags that can be used to separate the texts:

22.Can you create a multi-colored text on a web page?

Yes. To create a multicolor text on a web page you can use <font color ="color"> </font> for the specific texts you want to color.

23.What are pseudo-elements in CSS?

A CSS pseudo-element is a keyword added to a selector that lets you style a specific part of the selected element(s). They can be used for decoration (:first-line, :first-letter) or adding elements to the markup (combined with content: ...) without having to modify the markup (:before, :after).

24.How is Cell Padding different from Cell Spacing?

25.Why is it easy to insert a file by importing it?

Importing enables combining external sheets to be inserted in many sheets. Different files and sheets can be used to have different functions.