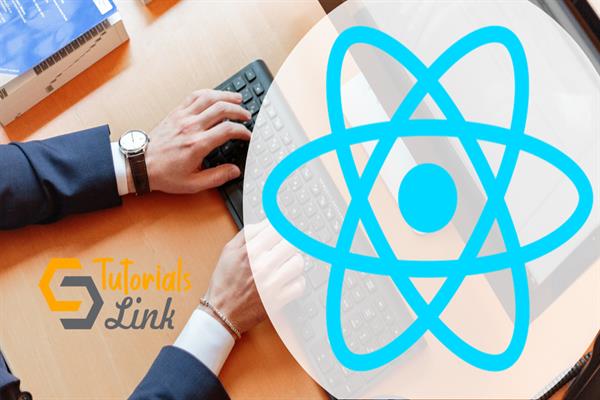 React is an open source JavaScript front end UI library developed by Facebook  for creating interactive, stateful & reusable UI components for web and mobile app. It is used by Facebook, Instagram and many more web apps.

ReactJS is used for handling view layer for web and mobile applications. One of React’s unique major points is that  it perform not only on the client side, but also can be rendered on server side, and they can work together inter-operably.

JSX is a syntax extension of JavaScript. It is used with React to describe what the user interface should look like. By using JSX, we can write HTML structures in the same file that contains JavaScript code.

3.What are the features of React?

Major features of React are listed below:

It uses the virtual DOM instead of the real DOM.

3.How is Stateless component different from a Stateful component?

The stateless component calculates the internal state of the component but does not have the authority to change state. There is no knowledge about the past, current, or future but receives props from the Stateful component, which are treated as a callback function.

Props are inputs to a React component. They are single values or objects containing a set of values that are passed to React Components on creation using a naming convention similar to HTML-tag attributes. i.e, They are data passed down from a parent component to a child component. The primary purpose of props in React is to provide following component functionality:

6.What Are The Life Cycle Of Reactjs?

7.What is the virtual DOM?

DOM stands for Document Object Model. The DOM represents an HTML document with a logical tree structure. Each branch of the tree ends in a node, and each node contains objects.

React keeps a lightweight representation of the real DOM in the memory, and that is known as the virtual DOM. When the state of an object changes, the virtual DOM changes only that object in the real DOM, rather than updating all the objects.

8.What are the limitations of React?

The process of checking the difference between the new VDOM tree and the old VDOM tree is called "diffing". Diffing is accomplished by a heuristic O(n) algorithm. During this process, React will deduce the minimum number of steps needed to update the real DOM, eliminating unnecessary costly changes. This process is also referred to as reconciliation.

10.What are Higher-Order components?

A higher-order component (HOC) is a function that takes a component and returns a new component. Basically, it’s a pattern that is derived from React’s compositional nature We call them as “pure’ components” because they can accept any dynamically provided child component but they won’t modify or copy any behavior from their input components.

11.What are the differences between a class componentand functional component?

12.Why should we not call setState in componentWillUnmount?

You should not call setState() in componentWillUnmount() because the component will never be re-rendered.

13.“In React, everything is a component.” Explain.

Components are the building blocks of a React application’s UI. These components split up the entire UI into small independent and reusable pieces. Then it renders each of these components independent of each other without affecting the rest of the UI.

14.What are synthetic events in React?

The application is consistent regardless of the browser it is running in. Here, preventDefault is a synthetic event.

15.How To Use Forms In Reactjs?

In React’s virtual DOM, HTML Input element presents an interesting problem. With the others DOM environment, we can  render the input or textarea and thus allows the browser maintain its   state that is (its value). we can then get and set the value implicitly with the DOM API.

In HTML, form elements such as <input>, <textarea>, and <select> itself  maintain their own state and update its state  based on the input provided by user .In React, components’ mutable state is handled by the state property  and is only updated by setState().

16.What's the difference between a Controlledcomponent and an Uncontrolledone in React?

This relates to stateful DOM components (form elements) and the React docs explain the difference:

A Controlled Component is one that takes its current value through props and notifies changes through callbacks like onChange. A parent component "controls" it by handling the callback and managing its own state and passing the new values as props to the controlled component. You could also call this a "dumb component".

A Uncontrolled Component is one that stores its own state internally, and you query the DOM using a ref to find its current value when you need it. This is a bit more like traditional HTML.

17.What are React Hooks?

Hooks are a new addition in React 16.8. They let you use state and other React features without writing a class. With Hooks, you can extract stateful logic from a component so it can be tested independently and reused. Hooks allow you to reuse stateful logic without changing your component hierarchy. This makes it easy to share Hooks among many components or with the community.

18.What is arrow function in React?

19.Why is there a need for using keys in Lists?

Keys are very important in lists for the following reasons:

Flux can be better explained by defining its individual components:

21.What are the lifecycle methods of ReactJS?

Relay is a JavaScript framework for providing a data layer and client-server communication to web applications using the React view layer.

23.What are synthetic events in React?

Synthetic events are the objects which act as a cross-browser wrapper around the browser’s native event. They combine the behavior of different browsers into one API. This is done to make sure that the events show consistent properties across different browsers.

Redux is an open-source, JavaScript library used to manage the application state. React uses Redux to build the user interface. It is a predictable state container for JavaScript applications and is used for the entire application’s state management.

25.Why do we need to React Router?