As is evident from the study presented above, the cloud is growing at a very rapid rate, many countries as well as their governments and co operations have decided to do investment in Cloud Computing techniques. Figure represents some of the popular cloud platforms and an effort is being made to explain some of these. 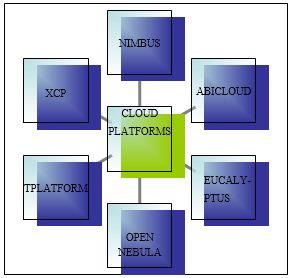 Eucalyptus stands by Elastic Utility Computing Architecture for linking your programs to useful systems. It is mainly based on private cloud and was developed by California University, Santa Barbara. Basically, it is an open source computing environment framework. By using eucalyptus, users are able to perform many functions like start, control, shut down, cleaning of virtual machines etc. Eucalyptus can be used without requiring resources and further demands minimum modification and maximum extension. It also provides virtual network that isolates network traffic of various users. Figure shows the Eucalyptus architecture. 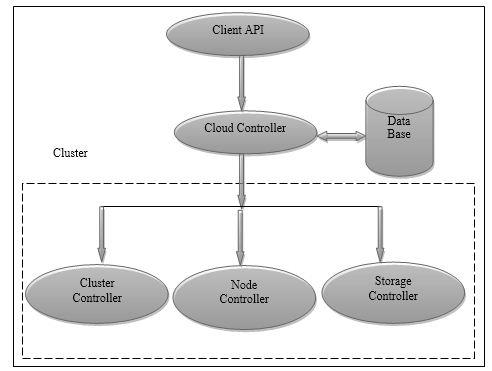 Abiquo, a company located in Barcelona, Spain developed a Cloud Computing platform name Abicloud. This platform is used to manage the cloud in homogeneous manner. Using a service with the help of Abicloud is quite easy and manageable. It uses a feature called web based management function which allows the user to use a service just by dragging and dropping a virtual machine with mouse only. It has reduced the overheads of using command line interface and overheads of remembering so many commands used in that particular interface. It also provides flexible infrastructures by use of homogeneous cloud computing which means infrastructure once demanded can be increased further if desired. The architecture of AbiCloud  is shown in figure.

One of the best feature of using Abicloud platform is that, once used AbiCloud can be packed and can be reinstalled at some other platform of Abicloud. This helps in making the environment flexible to use, As Abicloud is Java based, it is much easier to reinstall anywhere required. This type of cloud can be implemented in private as well as on hybrid clouds. 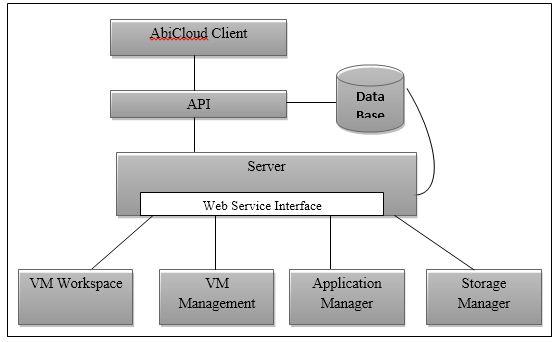 It is an open source computing that converts clusters into IaaS (Infrastructure as a Service). It permits the users for leasing remote resources and building environment for computing. For deployment of an application, Nimbus offers a “cloudkit” that further comprises of manager (used for hosting services) and a repository for images. It also provides a solution namely VWS (Virtual Workspace Services) that can do allocation and configuration of remote resources. Like Eucalyptus, Nimbus also works on some components shown in figure. 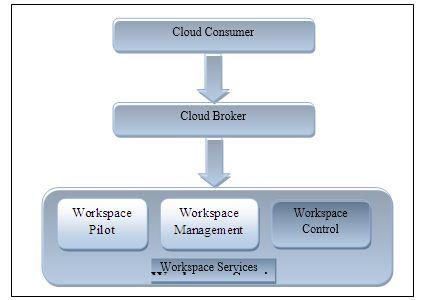 The description of various components of NIMBUS is listed in table

This platform can be used on public, private as well as hybrid cloud. It follows the framework of open source cloud service . The biggest advantage of using Open Nebula platform is that it can dynamically extend the infrastructure of any user i.e. the data centers or clusters can be set to make them their infrastructure property flexible. Storage, network and virtual techniques can easily by synchronize. It basically includes three technologies i.e. virtualization, storage and network. Open Nebula offers various advantages such as adjustable platform meeting the dynamic requirements of the users, centralized management of virtually and physically distributed infrastructure, efficient energy consumption, cost reduction and so on. The architecture of Open Nebula is shown below in figure. 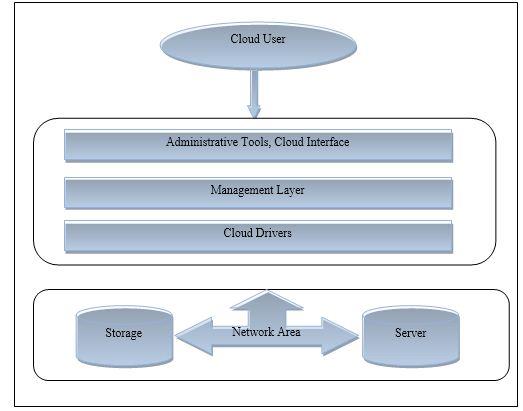 Xen was launched in 2010 by Xen organization (Xen.org) for IaaS services. But it do not support full architecture of cloud. It works as abstraction layer between hardware and OS. This platform is used by many cloud vendors like Amazon EC2, Nimbus etc. In the architecture of XCP, there are XCP hosts that works behind its working as shown in figure. These are used to host VM on server as well as sharing of resources. There is another host known as Master XCP which has all administrative rights. It also sends the messages to other XCP hosts 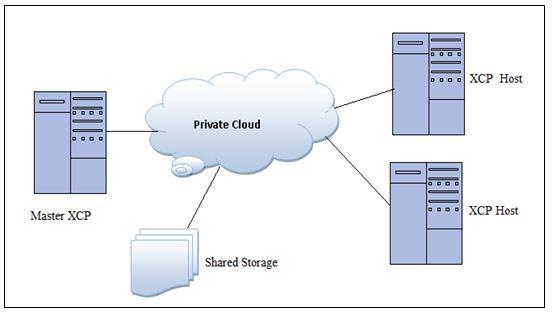 This platform is based on PaaS and used to developed web mining applications. The architecture of TPlatform comprises of three layers as shown in figure. PC Cluster layer supports the hardware infrastructure being used in data processing. While infrastructure consists of all technologies used in architecture i.e. TFS which is similar to GFS, Big table and Programming model, the data processing application layer is for user only to develop his own applications. 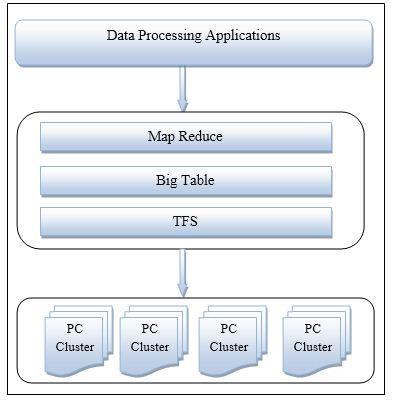