Before moving on to the next topic, in order to get a bigger picture of virtualization, it’s a good idea to revisit one of its main goals, efficiency. Examining a few key outcomes of virtualization such as partitioning, sustainability, and isolation reveals how virtualization has made technology more efficient.

You now know that virtualization hosts (hypervisors) give hardware the ability to virtualize and therefore create multiple virtual machines that each run on the operating system of your choice. This ability to choose to run multiple operating systems is called partitioning. The definition of partitioning is the ability to run multiple operating systems on a single physical system and share the underlying hardware resources. If you think this sounds exactly like what we’ve been discussing in these past few segments, you are correct. In a virtualized system, the hypervisor partitions, splits the hardware into multiple ‘parts’, to allow for multiple OS on one machine. People who want to learn to use Linux but are afraid to download it and install it on their hardware fearing that they will break the whole thing will find the idea of a hypervisor doing the partitioning very appealing. 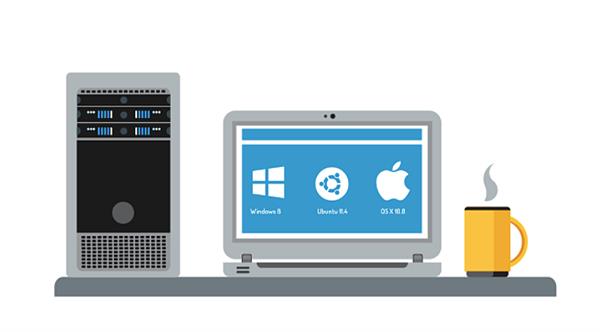 Before virtualization, running more than one operating system was possible through a process called a dual boot. This is when a user partitions the hard drive and installs a different OS on each partition so when the computer is turned on, the user can pick which OS to boot up. However, those two OS cannot be used at the same time (simultaneously). You have to startup (boot) using one OS or the other. Also, partitioning for a dual-boot does not allow both OS to access the same hardware resources. For example, one OS uses only this part of the hardware, and the other uses another part of the hardware. This is the logic behind the term partitioning.

With a hypervisor, one computer can run multiple OS simultaneously, and partitioning is more flexible, meaning that one OS can be given more or fewer partitions (hardware parts that are turned into virtual hardware) just by adjusting the settings with the management layer software while the OS is running. There is no need to reboot the whole computer. For programmers and administrators, this flexibility in partitioning results in more efficiency because it reduces boot time and increases the amount of work and programs they can run in a span of time.

Another outcome of using virtualization is the amount of energy saved and emissions reduced. Because more than one OS can run on one computer or server, there is less hardware needed and less energy needed to power that hardware, making virtualization a ‘green’ sustainable technology. Think about how much less energy is used to power one server with 20 VMs as opposed to how much is used to power 20 servers. Like the car efficiency example from the course introduction, a server running 20 VMs would be like a compact car that gets 45 mpg, compared to an SUV that gets 10 mpg. Both are reducing emissions through efficiency.

Another development in the efficiency of technology due to virtualization is the ability to isolate VMs, called isolation. When you are using a traditional computer, the system operates in an open environment, meaning that its hardware is vulnerable. This means that every time a computer has issues, the user, or computer administrator, has to diagnose the machine and fix it. For a computer administrator working in a large company, this means physically working on every computer that has a hardware or software issue. However, if you recall the illustration of employees inside the office building from Section 2.2 What is A Virtual Machine?, a VM runs inside of the hypervisor (host). Therefore, with virtualization management software that comes with the hypervisor, an admin can instead diagnose and fix all the VMs being used by adjusting its settings in the hypervisor. Ideally, that means that the admin can stay at their desk and watch over all the VMs at once like a security guard in a control room surveying security cameras.

Isolation also means that virtual machines are highly portable, and can be moved or copied to any industry-standard hardware platform, regardless of the make or model. Thus, virtualization makes IT resource management more adaptive, and provides greater responsiveness to changing business conditions.