Yahoo shutdown its operations in China amid strict rules and censorship

Nov 07, 2021 Yahoo, China, Internet Censorship, Fortnite, Yahoo shutdown in China, , 203 Views
Yahoo has been shut down in China, to know what is the reason behind this sudden decision read the article further.

Yahoo Inc. announced on Tuesday that it has completely closed its operations in China. The growing business and legal challenges in China are believed to be the reason behind this decision. According to some reports, the Chinese government is strictly implementing internet censorship in the country. These strictures include prohibiting politically inappropriate content from companies operating in China. The Chinese government is known for its strict internet rules, not only foreign companies, several homegrown businesses have also become the victim of strict Chinese internet censorship. 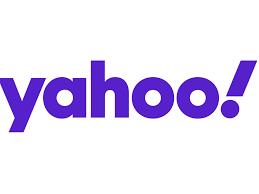 It is also being said that the demand for providing official data from companies operating in the country is also a big reason for the shutdown. Let me tell you that Yahoo is not the first company that has shut down its operations in the country due to the strictness of the Chinese government. A few days ago, a game called Fortnite also stopped its operations in China.

Recently, Yahoo also made a statement regarding the shutdown, in which Yahoo added, "we are committed to the rights of its users and the free and open Internet." Apart from this, Microsoft's professional networking platform LinkedIn has also made up its mind to close its site in China.