One of the most crucial stuff to keep people in Apple's environment is iMessage and those awful green texts. However, Google is upset that this is Apple's main rival and has conveyed its displeasure. The Wall Street Journal recently published an article detailing Apple's iMessage dominance, particularly among teenagers. Green text bubbles appear to be particularly unpopular among US teenagers, despite the fact that a shocking percentage of them own Apple iPhones. 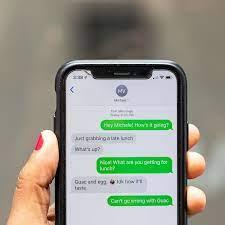 The WSJ report appears to have prompted Google to consider how Apple could exploit iMessage to keep consumers locked in. The Android team recently claimed, "IMessage shouldn't gain from abuse." "Text messages should bring us together, and there is a way to do it." Let's work together to improve this as an industry."

Though Google isn't arguing that Android requires iMessage, it does deliver several useful capabilities, such as end-to-end encryption. Rather, Google expects Apple to include RCS functionality in iMessage. However, Apple is not planning to adopt it anytime soon. The argument made by Google seems to be valid. SMS isn't very reliable, according to the firm, and pushing consumers to use it harms iPhone users as much as Android users.

Yet, for many people, this isn't a concern. Especially outside of North America, where chat apps like WhatsApp, Telegram, and others are far more used. Still, this is a conflict between mega-corporations that largely hits smartphone consumers.