Google Play will introduce Android games to Windows PC by 2022

Google is rumored to be working on introducing Android games to Windows PCs next year. "The Google Play Games application confirmed to be launched in 2022, as per the sources is developed by Google to permit games from Google Play to be simply accessed on Windows laptops, tablets, and Desktops." 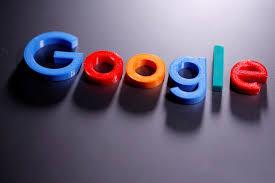 " By 2022, gamers can play their favorite Google Play games on more gadgets including a phone, tablet, Chromebook, and soon Windows PC," stated Greg Hartrell, Google's product director of games for Android. "We're happy to broaden our platform so that gamers can get even more joy out of their favorite Android games," Hartrell further added.

"The company developed this application by itself," Google range Alex Garcia-Kummart told The Verge, "that implies Google hasn't teamed up with Microsoft, BlueStacks, or others here." Users will be allowed to join them in upcoming apps." Google had also been introduced to the app at last week's Game Awards, with a launch window scheduled for next year.

The technique Google is utilizing to imitate Android applications on Windows is unknown, however, the games will operate locally instead of streaming from the cloud. "This Google-distributed Windows application will serve Windows 10 and higher," Hartrell added. Google's application, as shown in the report, would not rely on any particular connection with Windows 11 and will be released by the firm itself.