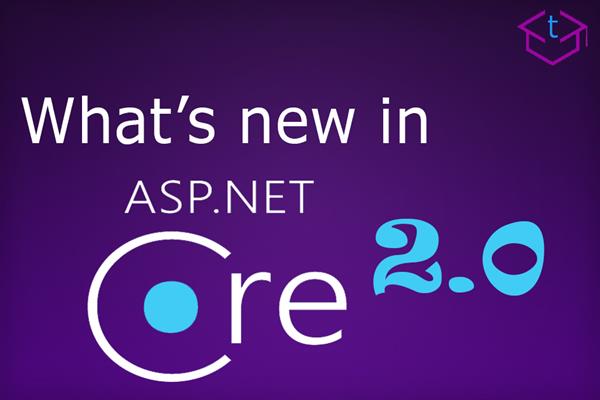 The Asp.net Team announced the release of Asp.net Core 2.0 on 14 Aug 2017 and introducing some top new features like Performance, Razor Pages, Language Support, new and updated templates. You can also build your .NET Core 2.0 application using command line console. If you are using Visual Studio then you can download recently released Visual Studio 2017 Update 3(or VS Core).

Asp.net Core 2.0 eliminate many painful tasks of version 1.0 like when you performing migration from project.json to MSBuild was a painful task, but now this problem goes far away.  In this article, we are going to provide more details about the feature of Asp.NET Core 2.0.

I wanted to point out some features in Asp.net Core 2.0

Razor pages are a page first structure that allows user to focus on user interface and simplify the server side experience by PageModel objects. Razor pages are works with Asp.net Core 2.0 and supported by Visual studio 2017 v 15.3

If you already create .NET assembly that contains code and you want to share your code between Asp.NET and Core then in .NET core 2.0 you can now reference a full .NET assembly in .NET Core.

When .NET core 2.0 SDK is installed, project that targeted .NET Core 1.x can be retargeted to .NET Core 2.0.

You can get more details about Asp.NET Core from the following video.