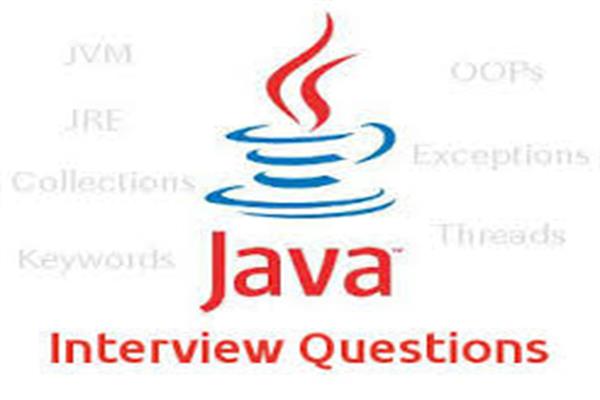 51. Can overloaded methods be synchronized?

Yes. Overloaded methods can be synchronized.

Yes, we can overload main() method. A class can have any number of main() methods but execution starts from public static void main(String[] args) only.

53. Can we declare overloaded methods as final?

Yes, we can declare overloaded methods as final.

54. In the below class, is constructor overloaded or is method overloaded?

55. Overloading is the best example of dynamic binding?

No, Overloading is the best example for static binding

56. Can overloaded method be overridden?

Yes, we can override a method which is overloaded in super class.

57. What is method overriding?

58. What are the rules to be followed while overriding a method?

There are 5 main rules you should kept in mind while overriding a method. They are,

Method Overriding in java is most useful features of java. Through inheritance we can reuse already existed code and through method overriding we can modify that reused code according to our requirements.

Name of the overridden method must be same as in the super class. You can’t change name of the method in subclass.

Note: Visibility goes on decreasing from public to protected to default to private members.

59. Can we override static methods?

No, Static methods cannot be overridden. If we try to override them they will be hidden in the sub class.

60. What happens if we change the arguments of overriding method?

If we change the arguments of overriding method, then that method will be treated as overloaded not overridden.

61. Can we override protected method of super class as public method in the sub class?

Yes. You can increase the visibility of overriding methods but can’t reduce it.

62. Can we change the return type of overriding method from Number type to Integer type?

Yes. You can change because Integer is a sub class of Number type.

Yes, but only with unchecked type of exceptions.

64. Can we change an exception of a method with throws clause from SQLException to NumberFormatException while overriding it?

Yes. Overridden method may throw SQLException or its sub class exception or any unchecked type of exceptions.

65. Can we change an exception of a method with throws clause from unchecked to checked while overriding it?

No. We can’t change an exception of a method with throws clause from unchecked to checked.

66. How do you refer super class version of overridden method in the sub class?

Using super keyword, we can refer super class version of overridden method in the sub class.

67. Can we override private methods?

No private methods cannot be overridden. They are not at all inherited to sub class.

68. Can we remove throws clause of a method while overriding it?

Yes. You can remove throws clause of a method while overriding it.

69. Is it possible to override non-static methods as static?

No. You can’t override non-static methods as static.

70. Can we change an exception of a method with throws clause from checked to unchecked while overriding it?

Yes. We can change an exception from checked to unchecked but reverse is not possible.

71. Can we change the number of exceptions thrown by a method with throws clause while overriding it?

Yes, we can change. But, exceptions must be compatible with throws clause in the super class method.

72. What is the difference between method overloading and method overriding in java?

73. Does an interface extend Object class in java?

No, Interfaces don’t inherit from Object class. They don’t have default parent like classes in java.  But, following two cases were there.

This is because, for every public method in Object class, there is an implicit abstract and public method declared in every interface which does not have direct super interfaces.

74. Abstract class must have only abstract methods?

No, Abstract class can also have concrete methods.

75. Is it compulsory for a class which is declared as abstract to have at least one abstract method?

Not necessarily. Abstract class may or may not have abstract methods.

77. Why final and abstract cannot be used at a time?

78. Can we instantiate a class which does not have even a single abstract methods but declared as abstract?

No, we can’t instantiate a class once it is declared as abstract even though it does not have abstract methods.

79. Can we declare abstract methods as private?

81. Can we declare abstract methods as static?

No, abstract methods cannot be static.

82. Can a class contain an abstract class as a member?

Yes, a class can have abstract class as its member.

83. Abstract classes can be nested?

84. Can we declare abstract methods as synchronized?

85. Can we declare local inner class as abstract?

Yes. Abstract methods can be declared with throws clause.

No. Interfaces can’t have constructors, SIB and IIB. They show 100% abstractness.

88. Can we re-assign a value to a field of interfaces?

No. The fields of interfaces are static and final by default. They are just like constants. You can’t change their value once they got.

89. Can we declare an Interface with “abstract” keyword?

Yes, we can declare an interface with “abstract” keyword. But, there is no need to write like that. All interfaces in java are abstract by default.

90. For every Interface in java, .class file will be generated after compilation. True or false?

True. .class file will be generated for every interface after compilation.

91. Can we override an interface method with visibility other than public?

92. Can interfaces become local members of the methods?

No. You can’t define interfaces as local members of methods like local inner classes. They can be a part of top level class or interface.

93. Can an interface extend a class?

94. Like classes, does interfaces also extend Object class by default?

95. Can interfaces have static methods?

No. Interfaces can’t have static methods.

96. Can an interface have a class or another interface as its members?

Yes. Interfaces can have classes or interfaces as their members.

These are some built-in marker interfaces in java which are used to mark some special behavior of a class.

98. How many types of nested classes are there in java?

Java supports 2 types of nested classes. They are,

Non-static nested classes can be of 3 type,

99. Can we access non-static members of outer class inside a static nested class?

100. What are member inner classes in java?