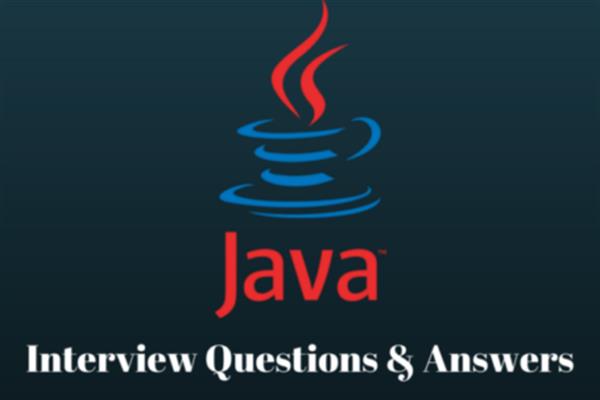 Yes, We can overload main() method. A Java class can have any number of main() methods. But to run the java class, class should have main() method with signature as “public static void main(String[] args)”. If you do any modification to this signature, compilation will be successful. But, you can’t run the java program. You will get run time error as main method not found.

2. Can we declare main() method as private or protected or with no access modifier?

3. Can we declare main() method as non-static?

No, main() method must be declared as static so that JVM can call main() method without instantiating it’s class. If you remove ‘static’ from main() method signature, compilation will be successful but program fails at run time.

5. Can we change return type of main() method?

No, the return type of main() method must be void only. Any other type is not acceptable.

6. Can main() method take an argument other than String array?

No, argument of main() method must be string array. But, from the introduction of varargs you can pass varargs of String type as an argument to main() method. varargs are nothing but the array.

7. Can we run java class without main() method?

No, you can’t run java class without main method. But, there are some scenarios like if super class has main() method, then sub class can be run without defining main() method in it.

Note: Before Java 7, you can run java class by using static initializers. But, from Java 7 it is not possible.

8. Can you create an object without using new operator in Java?

9. What is constructor chaining?

11. What happens if you keep return type for a constructor?

It will be treated as a normal method. But compiler gives a warning saying that method has a constructor name.

13. What is the use of private constructor?

No, We can’t use both this() and super() in a method, because both needs to be the first statement inside constructor .

15. Difference between Class Variables and Instance Variables in Java?

16. What do you mean by inheritance?

Inheritance is one of the key features of object oriented programming. Through inheritance, a class (Sub, Child, Derived Class) can inherit properties of another class (Super, Parent, Base Class). Sub class can have its own properties along with the inherited properties from its super class.

17. What are the types of inheritance?

There are 5 types of inheritance.

1). Single Inheritance: One class is extended by only one class.

3). Hierarchical Inheritance: One class is extended by many classes.

4). Multiple Inheritance: One class extends more than one classes. (Java does not support multiple inheritance in case of class.)

5).Hybrid Inheritance: It is a combination of (Hierarchical and Multiple inheritance).

18. Can a class extend more than one classes or does java support multiple inheritance? If not, why?

19. How do you implement multiple inheritance in java?

21. How do you restrict a member of a class from inheriting to its sub classes?

By declaring that member as a private. Because, private members are not inherited to sub classes.

22.Can a class extend itself?

No, a class cannot extend itself.

23. Are constructors and initializers also inherited to sub classes?

No, Constructors and initializers (Static initializers and instance initializers) are not inherited to sub classes. But, they are executed while instantiating a sub class.

24. What happens if both, super class and sub class, have a field with same name?

26. How many types of modifiers are there in Java?

Two types of modifiers are there in java. They are,

These are the modifiers which are used to restrict the visibility of a class or a field or a method or a constructor. Java supports 4 access modifiers.

28. What are non-access modifiers in java?

These are the modifiers which are used to achieve other functionalities like,

29. Can we use a field or a method declared without access modifiers outside the package?

No, we can’t use a field or a method with no-access (default) specifier outside the package.

30. Can a method or a class be final and abstract at the same time?

31. Can we declare a class as private?

32. Can we declare an abstract method as private also?

No, abstract methods cannot be private. They must be public or protected or default so that they can be modified further.

33. Can we declare a class as protected?

34. A class cannot be declared with synchronized keyword. Then, why we call classes like Vector, StringBuffer are synchronized classes?

36. What are the types of casting?

There are two types of casting.

2) Derived Casting:- When the data is casted from one derived type to another derived type, then it is called derived casting.

37. What is auto widening and explicit narrowing?

38. What is auto-up casting and explicit down casting?

39. Can an int primitive type of data implicitly casted to Double derived type?

Yes, first int is auto-widened to double and then double is auto-boxed to Double.

ClassCastException is an exception which occurs at run time when an object of one type cannot be casted to another type.

41. How do you avoid ClassCastException in your code?

By using generics, you can avoid ClassCastException.

42. What is boxing and unboxing?

45. What is method overloading?

46. What is method signature? What are the things it consist of?

47. Can we declare one overloaded method as static and another one as non-static?

Yes. Overloaded methods can be either static or non-static.

48. How do compiler differentiate overloaded methods from duplicate methods?

49. Is it possible to have two methods in a class with same method signature but different return types?

No, compiler will give duplicate method error. Compiler checks only method signature for duplication not the return types. If two methods have same method signature, it gives compile time error.

Yes. Compiler checks only method signature for overloading of methods not the visibility of methods.

When a class has more than one method with same name, then we call that method is overloaded. The overloaded methods will have different number of arguments or different types of arguments, but name of the methods remains same.

If these three things are same for any two methods in a class, then compiler gives duplicate method error.