Encryption is converting the meaning full information into meaningless by adding some sequence of letters, number or symbols. The process of encryption uses some algorithm that has the key. The key is a part of the algorithm which uses the data to be encrypted and the same key can be used to be decrypted. There are two keys we generally use symmetric, where the same key is used for encryption and decryption, or asymmetric, where different keys are used.

Popular asymmetric key encryption algorithm includes ElGamal, RSA, DSA, Elliptic curve techniques, PKCS. Asymmetric algorithms, only the private key member of the pair must be kept private and secure as its name suggests, the public key can be made available to anyone without compromising the encrypted data. Asymmetric key encryption algorithms are much slower than symmetric algorithms, and cannot be used to encrypt large amounts of data.

Note: ADE does not support the encryption of Basic tier VMs.

In my earlier article, we already learned how to create Azure Virtual Machine if not then read the first article How To Create Azure Windows VM from Azure Portal.

Step1. Login into Azure Portal and go to Virtual Machine. 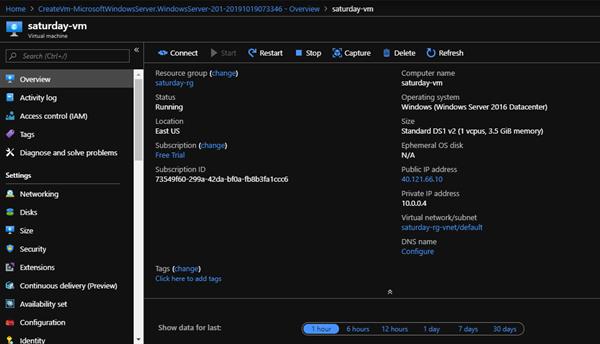 Step2. Click on Disks and see the Disk Encryption is not enabled. So you can click on the Encryption button on top. 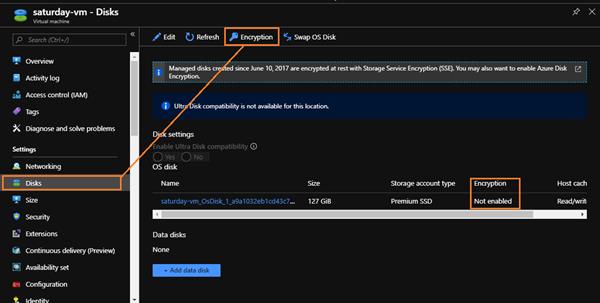 Step3.  Select OS Disk(You can select OS and data Disks but it depends on VM type that will support or not).For disk encryption, we required to Azure KeyVault. If you already have then selected it, otherwise create new(I will suggest creating new as we have to check access policy for VM disk encryption). To create keyVault, just click on “Create Key Vault and Keys” or you can go to all service and search the key vault and create. 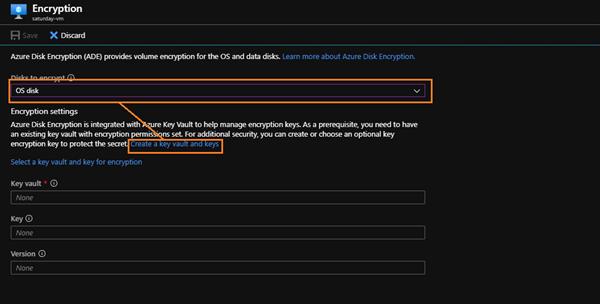 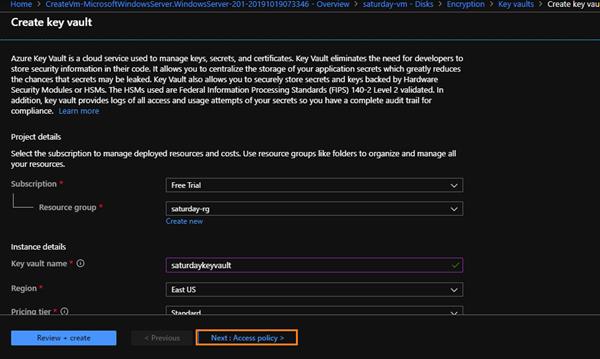 Step6: Check the “Azure Disk Encryption for volume encryption” checkbox and click to review and create a button. 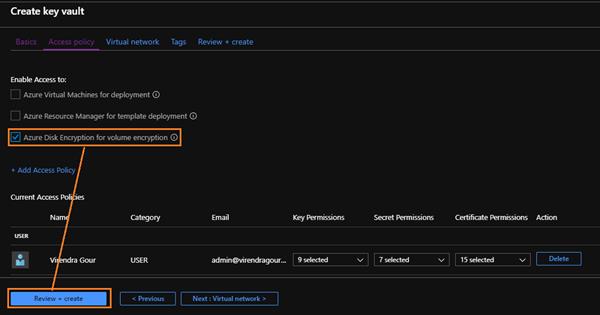 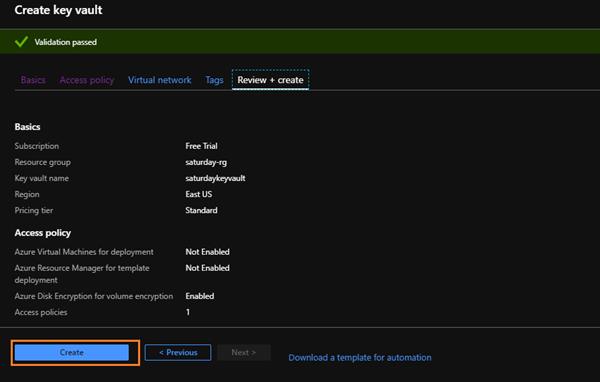 Step8:  Go to Azure key vault that we have created and click on Keys => Generate/Import 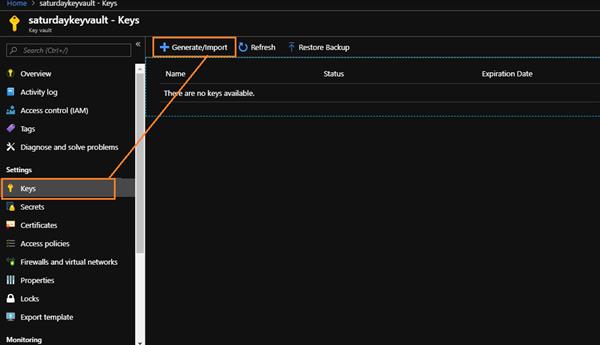 Step9: Select Generate from the dropdown and give the name of the key then click on create button. 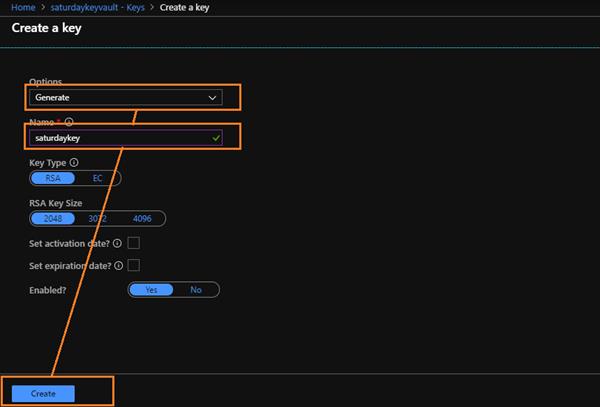 Step10: Come back to your Virtual Machine Disks option and select the key vault and key that we have created. Click on the select button. 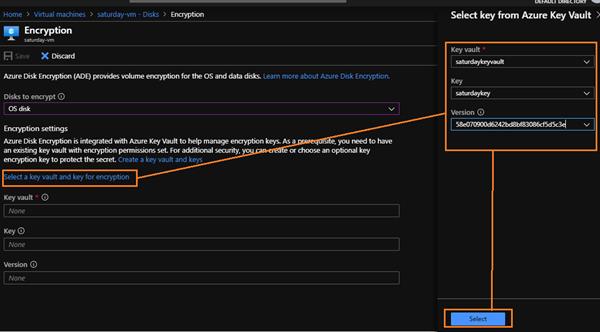 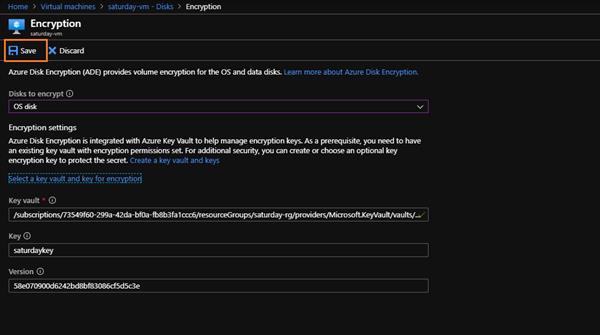 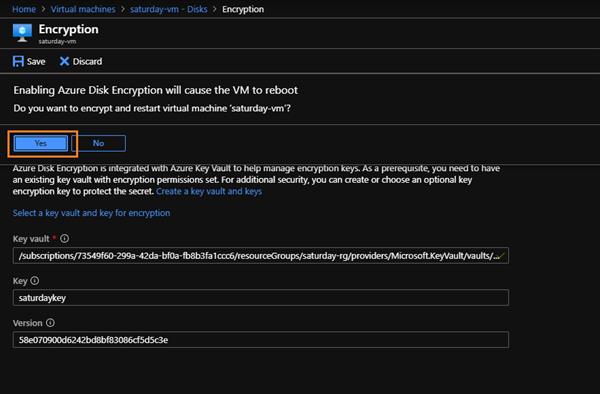 Step13: Bingo, you can check the Encryption is enabled now.

Step14: Login to RDP and check the OS Disk has a lock icon as it shows it is encrypted. 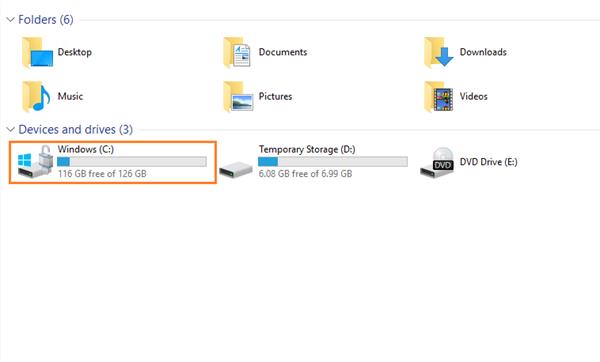