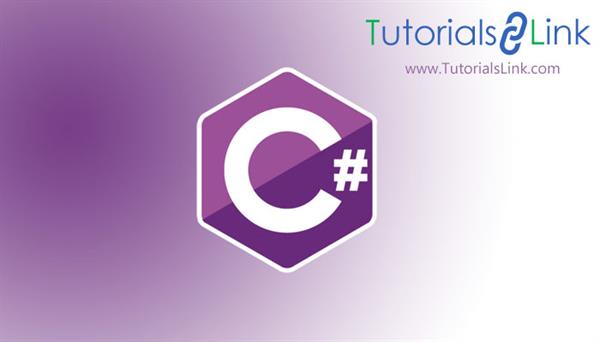 10 Most Used Keywords In C#

We have a lot of keywords in C#, but we’ll learn the 10 most used keywords in this article, so let’s see the list here:

Generally, we use the using keyword to add namespaces in code-behind and class files. Then it makes available all the classes, interfaces and abstract classes and their methods and properties in the current page. Adding a namespace can be done in the following two ways:

A. To allow the normal use of types in a namespace:

To create an alias for a namespace or a type. This is called using alias directive.

We can use the namespace alias as in the following:

This one (option B) is very useful when the same class/abstract/interface is present in multiple namespaces.

Here the alias directive gives an elegant syntax to use the Truck class.

Class is a keyword in C#.NET which is used to create a class, classes are special kinds of templates from which you can create objects. Each object contains data and methods to manipulate and access that data. The class defines the data and the functionality that each object of that class can contain.

Modifiers refine the declaration of a class. The list of all modifiers defined in the table are as follows;

Struct is an encapsulated entity. Struct doesn't uses complete oops concept but are used for user defined data type. All the member of the struct has to be initialized, as it is value type.

A struct is a simple user-defined type, a lightweight alternative to a class. A structure in C# is simply a composite data type consisting of a number elements of other types.

Similar to classes, structures have behaviours and attributes. As a value type, structures directly contain their value so their object or instance is stored on the stack.

How to define struct

Some points about structs

Enum is use to create enums in C#.NET, an enum is a value type with a set of related named constants often referred to as an enumerator list. The enum keyword is used to declare an enumeration. It is a primitive data type, which is user defined.

Enum type can be integer (float, int, byte, double etc.). But if you used beside int it has to be cast.

enum is used to create numeric constants in .NET framework. All member of enum are of enum type. There must be a numeric value for each enum type.

The default underlying type of the enumeration elements is int. By default, the first enumerator has the value 0, and the value of each successive enumerator is increased by 1.

Some points about enum:

An interface can be used to hide implementation details of classes from each other and it allows various objects to interact easily. It provides a separation between interface and implementation.

An interface is not only a contractual obligation to implement certain methods, properties, events and indexes but also provides a very low coupling between two classes. Interfaces in C# are provided as a replacement of multiple inheritances of classes because C# does not support multiple inheritance of classes.

Interfaces and abstract classes have similar purposes. Generally, an interface should be used when the implementation of the members it defines is not fixed, or when it is known that a single class requires the contents of several interfaces. Where the functionality of some members is fixed and the limited multiple inheritance facility is not required, abstract classes may be more appropriate.

How to create an Interface

"The null keyword is a literal that represents a null reference, one that does not refer to any object. null is the default value of reference-type variables. Ordinary value types cannot be null."

We can use null to assaying any ref value in c# like any string value or any class object, array or any type of object.

The following example demonstrates some behaviors of the null keyword:

The this keyword refers to the current instance of the class. It can be used to access members within constructors, instance methods, and instance assessors.

Static constructors and member methods do not have a this pointer because they are not instantiated.

When you are writing code in method or property of a class, using "this" will allow you to make use of intelligence.

this keyword is used when you want to track the instance, which is invoked to perform some calculation or further processing relating to that instance.

Let me explain you with a simple practical demonstration.

As per MSDN by using a finally block, you can clean up any resource that are allocated in a try block, and run code even if an exception occurs in the try block. Typically, the statements of a finally block run when control leaves a try statement. The transfer of control can occur as a result of normal execution, execution of a break, continue, goto, or return statement, or propagation of an exception out of the try statement.

In the following example, an invalid conversion statement causes a System.InvalidCastException exception. The exception is unhandled.