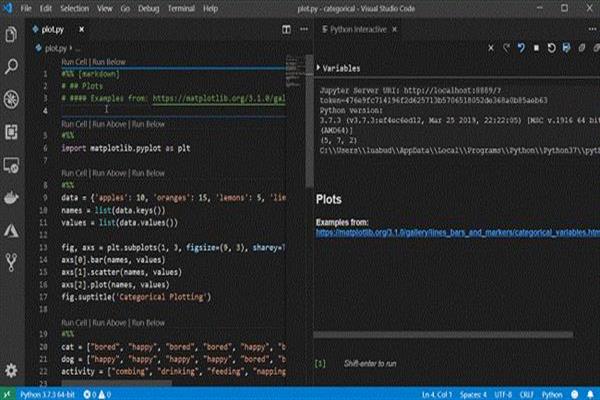 Python In VS Code June 2019 Is Available Now

Jul 01, 2019 Python Extension for Visual Studio Code, Python In VS Code , 1753 Views
The release contains several improvements, closing approx 70 issues including a plot viewer with the Python Interactive window, parallel tests with pytest, and indentation of run selection in the terminal.

Recently, Microsoft announced the release of the June 2019. The release contains several improvements, closing approx 70 issues including a plot viewer with the Python Interactive window, parallel tests with pytest, and indentation of run selection in the terminal.

The new release brings a new Plot Viewer that can be used to manipulate any image plots, for example, the popular matplotlib plots. 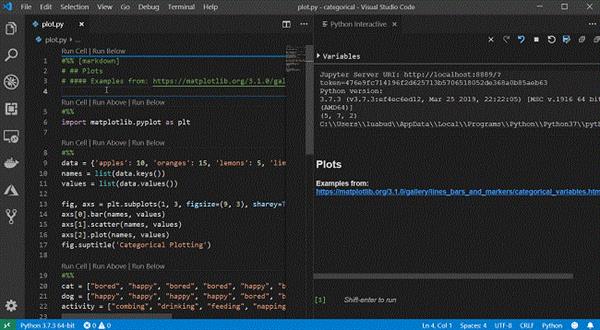 To try it out, you can start by double-clicking on the plots. Or, alternatively by clicking on the - expand image - button that is displayed when you hover over plot images in the Python Interactive Window.

The plot viewer enables you to pan, zoom in/out and navigate through plots in the current session. You can also export plots to PDF, SVG, or PNG formats.

The company said that it has also made enhancements to the reliability of statistics displayed for tests run, especially for running tests in parallel with pytest.

After that when you run and debug tests, they’ll be executed in parallel.

Now, with the new release, "Run Selection/Line in Python Terminal" command will send to the terminal a de-indentation of the selection, based on its first non-empty line.

Some other notable changes and enhancements include:

To learn more you can visit the official announcement here. Or, visit the changelog here.

Users can download the Python extension from the Marketplace. The extension can also be installed directly from the extension gallery in Visual Studio Code