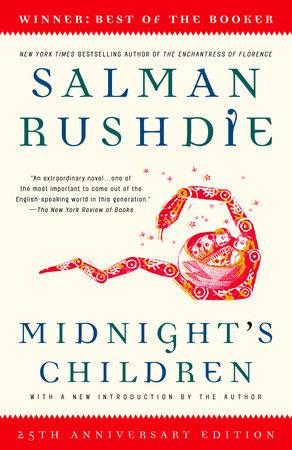 Netflix will soon be streaming a web series based on Salman Rushdie’s novel Midnight’s Children. Official date and time are not out yet, but the series will be available on Netflix worldwide.

Erik Barmack, Netflix's vice president, made a comment on this saying, “Midnight’s Children is one of the great novels of the world, and its themes are still relevant to the India of today. The narrative continues to fascinate the audience decades after it was first published. We are incredibly excited to translate this pioneering work of fiction that parallels the birth of modern India, for a global audience. The rich experience and talent of Indian creators combined with the global reach of Netflix have the potential for millions of more people around the world to rediscover this story.”

Midnight’s Children is about India’s transition from British colonialism to independence. The novel depicts the life of Saleem Sinai who was born on the stroke of midnight on August 15, 1947, with telepathic powers, shared with all those who were born between midnight and 1 am on Independence Day.

“I am absolutely delighted that Midnight’s Children will have a new life on Netflix, and greatly look forward to working with them to help create it," Rushdie said in a statement.

This is not the first time Midnight’s Children has been adapted. Earlier the novel was adapted for the stage by the Royal Shakespeare Company. After that Director Deepa Mehta also collaborated with Salman Rushdie for a reel version of the story of  Midnight's Children.