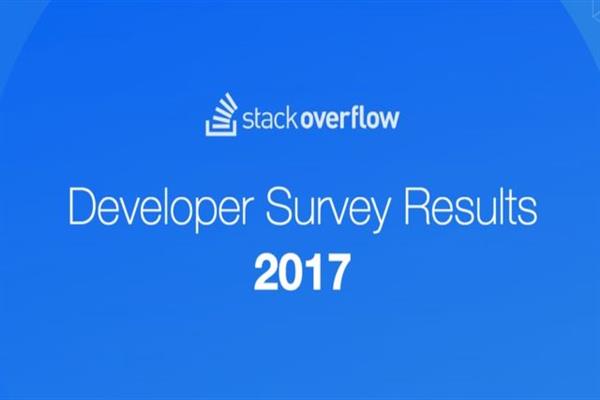 Stack Overflow the world’s largest and most trusted community of software developers, they run this survey and share these results to improve developers’ lives and habits.

For the fifth year in a row, JavaScript was the most commonly used programming language. And SQL takes second place and Java third.

In this Category Node.js and Angular.JS is to be the most commonly used technologies that fallowed by .NET Core

In This category Windows Desktop was the most commonly used platform by developers, followed by Linux Desktop.

Most popular Technologies and Occupations:

In this Category JavaScript and SQL are the most popular languages across web developers, desktop developers, and data scientists.

For the first time, Stack Overflow asked the developers what databases they were using. MySQL and SQL Server turned out to be the biggest databases:

You can find more detail at Stack Overflow Developer 2017 here