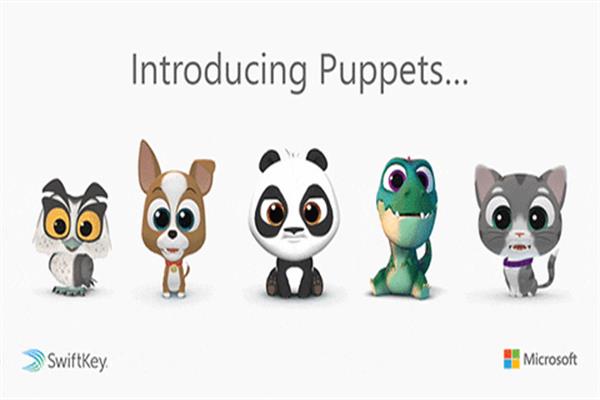 Jul 05, 2019 Microsoft Introduces Puppets, 3165 Views
The new feature Puppets allows android users to choose from five playful characters Dinosaur, Panda, Cat, Owl and Dog to record a video with, and the app will use Microsoft’s AI technology to mirror their head movements and facial expressions in real-time. You can share Puppets widely, they are not limited to any specific messaging app.

Recently, Microsoft's SwiftKey announced Puppets which is an exciting new feature for SwiftKey Beta that enables users to create their own virtual character that mimics their facial expressions and head movements.

Here, SwiftKey Beta is an experimental app. It gives you early access to SwiftKey updates and new unreleased features for to trying and testing before they are released.

Puppets is a teamwork product of SwiftKey, Microsoft Computer Vision and Microsoft Research Asia teams. Puppets does not require a device with an inbuilt depth sensor in their camera. It rather uses an RGB camera that is available in most Android smartphones.

SwiftKey has trained a DNN - Deep Neural Network - to learn how to identify facial movements and then transfer these onto an expressive animal character.

Though Puppets can be availed by all users on Android N and above, those with more recent and powerful smartphones will get the best experience.

SwiftKey is a popular app in online stores and has been downloaded onto more than 300 million devices across the world. The company claims that its predictive keyboard is saving its people 20 million hours per week in typing time.