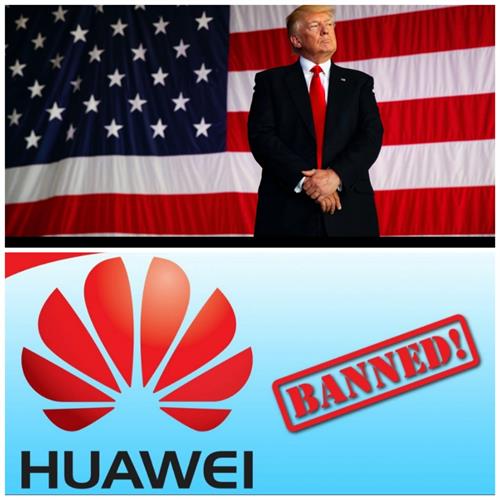 Huawei VS US : Everything You Need To Know

The Chinese telecom giant may have run into its biggest trouble in 2019. The core issue with Huawei is that it is being linked to having close relations with its homeland's government – China and that its products are being used to spy on other companies and countries.

Huawei has been charged  with theft of trade secrets, wire fraud and obstruction of justice by The The US Department of Justice

The U.S. government says that sanctions are not related to the ever-growing trade war with China but rather analysts say that it as aimed at pressuring U.S. allies in Europe to accede to Washington's plea to exclude Huawei (being the world's biggest producer of mobile network gear and on the 2nd position of smartphone brands) equipment from their next-generation wireless networks, known as 5G.

A total of 10 accusations on Huawei claims that it stole trade secrets from T-mobile the US carrier beginning in 2012. Bonuses to employees who stole confidential information from other countries were also offered by Huawei.  Meng Wanzhou, CFO, Huawei along with three other defendants were charged with 13 count indictments with financial frauds. Presently, US attacks Huawei with a total of 23 indictments for alleged trade secret theft or fraud.

Although Huawei's CEO Ren Zhengfei is not at all worried about $30B revenue hit from US ban. "We believe the $30 billion US will be a very small thing." He added. This is because Huawei’s original forecast for this year was $130 billion and according to him in the Chinese market, the consumer business has not seen a decline.

The Indian government has been warned by the US that companies found supplying any products or any types of equipment of American origin to Huawei could face severe actions. The May 27 letter, sent to the Ministry of External Affairs is being seen as part of US efforts to intensify pressure on India to act against the Chinese company.

Huawei has been cut out of Google’s official Android licensing program. This brings the company’s future in trouble. However, Huawei laptops return to Microsoft's online store after mysteriously disappearing. We can clearly see uncertainty about the future of Chinese businesses amid President Donald Trump’s trade war and raising serious questions about Huawei’s role in the Windows and 5G ecosystems going forward.  Finally, Huawei has reportedly moved to trademark its own OS.