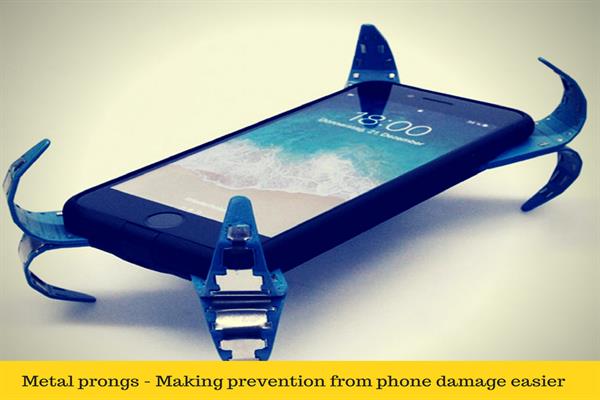 Accidental warranty is after the story of phone damage, till now there was nothing which could prevent mobile phone from damaging. But it seems like we have a solution to this clumsy issue after these many years.

A German engineering student named Philip Frenzel has invented a new device that looks like a ‘mobile airbag’ that inflates during the drops. The mobile airbag also called the AD (active damping) phone case senses when your phone is in free fall and releases metal prongs to protect it from damage.

Philip came up with the idea when he broke his smartphone by hurling his jacket on the banister. The fall was so impactful that the internals of the smartphone dropped out and scattered. It was then that he got hell-bent to find a solution to this issue.