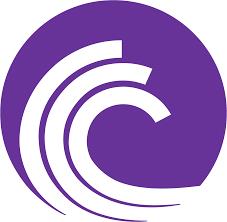 Justin Sun, the founder of Tron and TRX (cryptocurrency) is acquiring the peer to peer file-sharing service Bit Torrent. According to CoinMarketCap TRON is 10th biggest cryptocurrency with a market share of over $3.2 billion. Shareholders are yet to sign the deal worth $140 million.  Last week Variety reported that a deal has been finalized between Justin Sun and Bit torrent but didn’t name the price.

One shareholder told TechCrunch that the blockchain startup is targeting to use the technology of Bit torrent to “legitimize” its business. Bit torrent has a user base of whopping 170 million, we will look forward to seeing how Tron is going to use it for the legitimization of its business. Bit Torrent has claimed that it runs 40 percent of the world’s Internet traffic in a single day, which makes it largest decentralized application around at the moment that seems to clear the fact why Tron is interested in Bit torrent at the first place.

Bit Torrent works on a decentralized network architecture which uses machines in a network as nodes while most of the companies use the server-based architectures which make bit torrent more secure. It is believed that decentralization is a more secure system because it lacks the dependence on a centralized system.

Though just after acquisition some controversies have started floating around. How Sun and bit torrent combination work is yet to be seen.