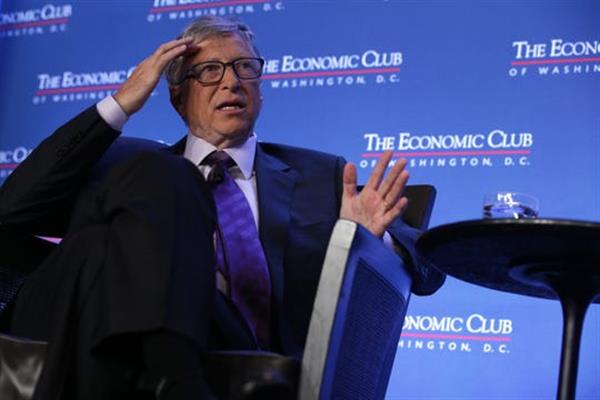 BILL GATES ADMITS HIS BIGGEST MISTAKE EVER WAS LOSING TO ANDROID

The 63-year old world famous CEO acknowledged that leaving Android as the standard non-Apple mobile platform was his "greatest mistake ever.”  He underlined that while Microsoft is a very strong entity, it would be “THE” leading company, instead of “A” leading company only if he had not made this mistake.

Android was acquired by Google back in 2005 for $50 million (around ₹ 350 crores) and Google’s former CEO admitted that in the early days Google’s prime focus was to beat Microsoft’s early Windows mobile efforts.

As many believe that Steve Ballmer ( CEO, Microsoft 2000-2014) was responsible to bring Redmond company to the failures in the mobile platform market, Interestingly, Bill Gates didn't blame Steve Ballmer as the culprit for the Android debacle. In 2015, Ballmer even insisted that Windows Phone need to have Android app compatibility in an effort to catch up.

"In the software world, particularly for platforms, these are winner-take-all markets,"  "So the greatest mistake ever is whatever mismanagement I engaged in that caused Microsoft not to be what Android is."

"That is, Android is the standard phone platform -- non-Apple platform -- that was a natural thing for Microsoft to win. It really is winner take all," Gates said.

"If we've got that one [Android opportunity] right, we would be the company," he added.

In 2017, Microsoft announced the formal closure of its latest Windows Phone version, which was then Windows 10 Mobile, majorly due to the growth of Android that overshadowed the Windows platform.