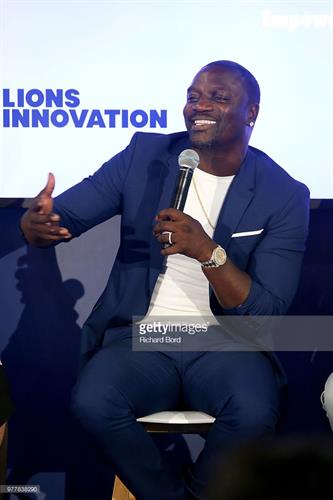 Akon to launch his own cryptocurrency called Akoin

Award-winning Singer Akon has announced that he will launch his own cryptocurrency Akoin. While making this announcement at the Cannes Lion festival he also shared his plans to better the conditions in Africa. Notably, the rapper already owns a diamond mine.

According to Akon, blockchain technology which will be used in creating cryptocurrency will help improve the conditions in Africa. He said that blockchain technology could be a savior for Africa because it gives power back to the people and it brings back security into the currency system. It allows people to use in a way that they can improve themselves and not allow the government to do things that are keeping them down. Thus democratizing the system and decentralizing the power.

Akon wants to build a real-life version of city Wakanda (shown in the movie Black Panther) which will be rich in resources and technologically advanced.

The land for establishing this city will be supplied by the President of Senegal to build the city.

Akon plans using the money made by cryptocurrency trade to fund his Lighting up Africa project. The project promotes the use of solar power.