Arduino is an electronics platform which is open source and based on easy to use hardware/software. Arduino provide programmable board that can read input and give output to the outer environment. Arduino boards can read inputs like temperature, humidity, infrared, and many more signals from sensors as an input and can provide an output based on input from them. These all functions are done thought GPIO pins provided on the boards which differ from board to board. To efficiently control the Arduino boards Arduino has provided its own Arduino programming language and Arduino software (IDE).

As I have told you earlier that Arduino is an open-source product which is the reason behind being brain of thousands of project, from day to day used objects, to complex scientific experiments.

Arduino was initially developed at the Ivrea Interaction Design Institute as a tool for fast prototyping for students with no background in electronics and programming. But after reaching a wider community The Arduino board started changing to adapt to new needs and challenges.

The term Arduino can be distributed into two parts:

A piece of software, or IDE (Integrated Development Environment) that runs on your computer, used to write and upload computer code to the physical board.

Arduino also provide Physical programmable boards based on microcontrollers known as Arduino Boards. It connects to the computer with a standard USB cable. It contains everything you need to program and use the board.

Difference between development board and microcontroller? 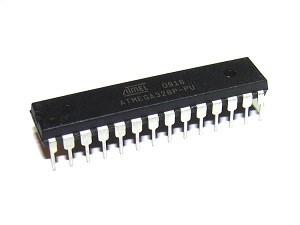 So the basic difference is that the above chip is the microcontroller and the Arduino is a board or a breakout that provides base to the microcontroller chip for an easy access to input/output and analog pins and easy burning/uploading of a program. 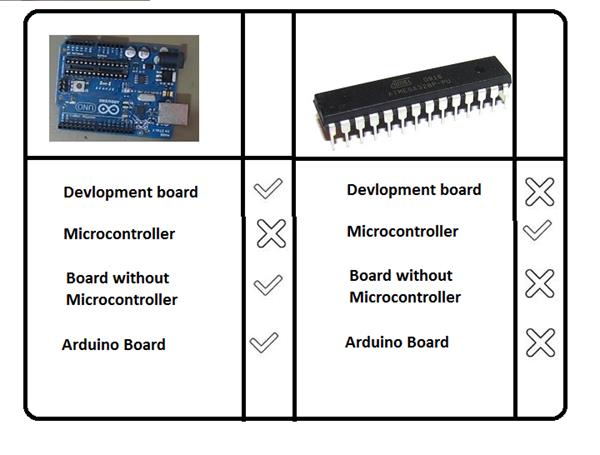 Arduino is one of the competitor in production of programmable boards market. There are many other electronics platforms that provide programmable boards but still Arduino hold a valuable position in user selection list. This is because of its simple and easy to use products with being low-cost. Arduino is also platform independent. It runs on Windows, Linux, and Mac. Arduino not only make you get started ASAP but also help you out when you are stuck with something via its forum.