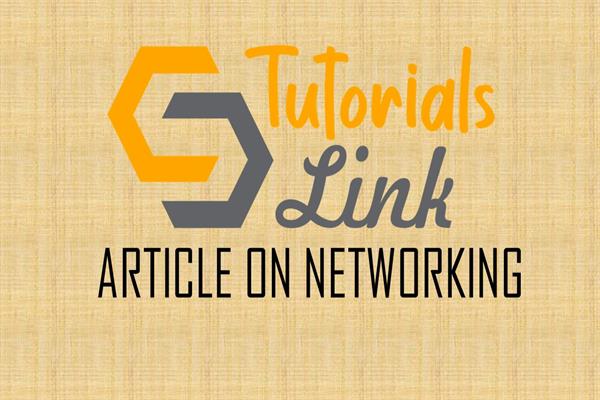 What is Virtual Switches and Standard Switches 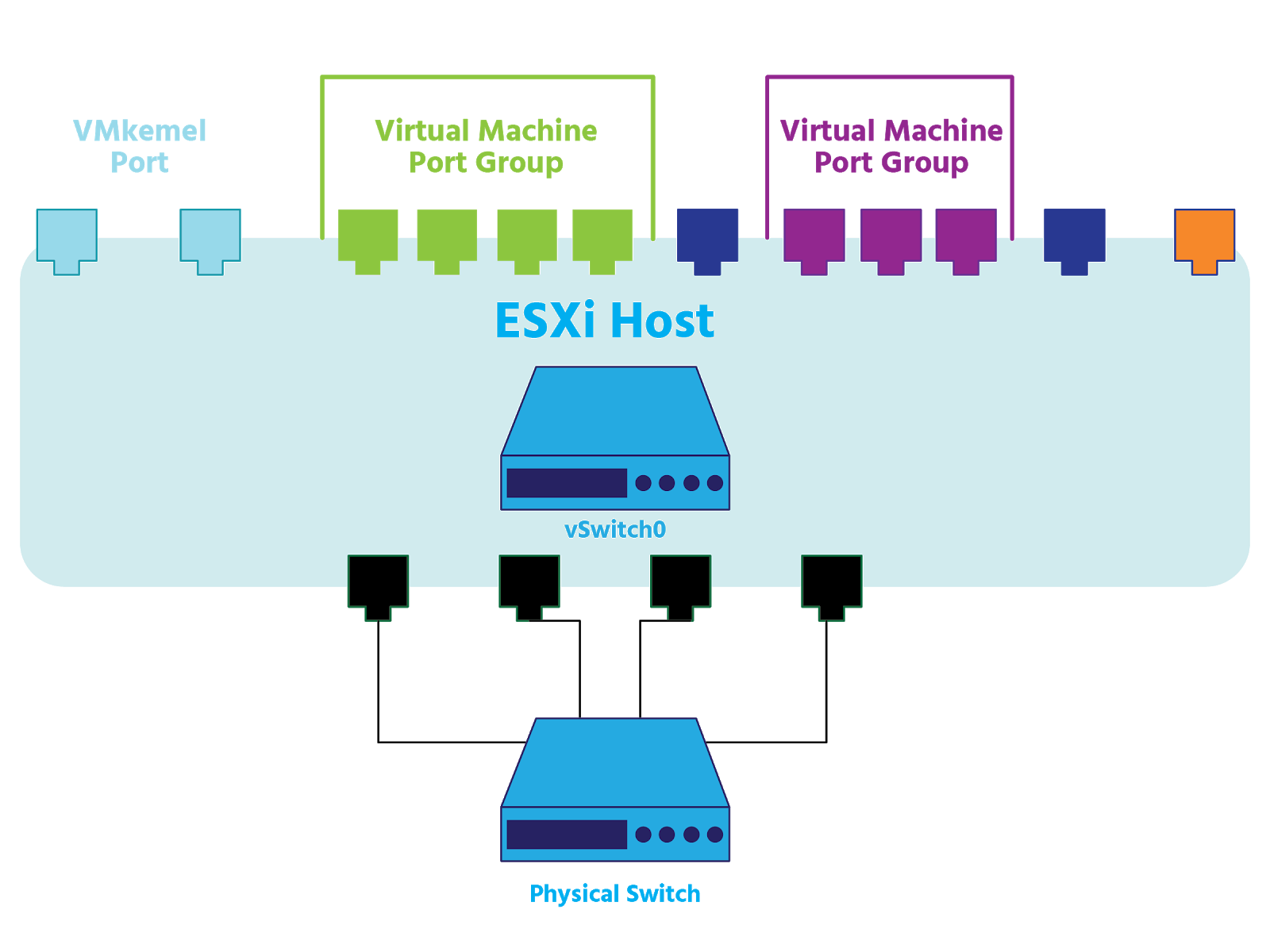 vSwitches allow you to make adjustments to your Virtual Local Area Networks (VLANs), to some of your security settings, to your load balancing, and to your Maximum Transmission Units (MTUs), which relate to the size of data frames, as well as to other settings which are beyond the scope of this course. 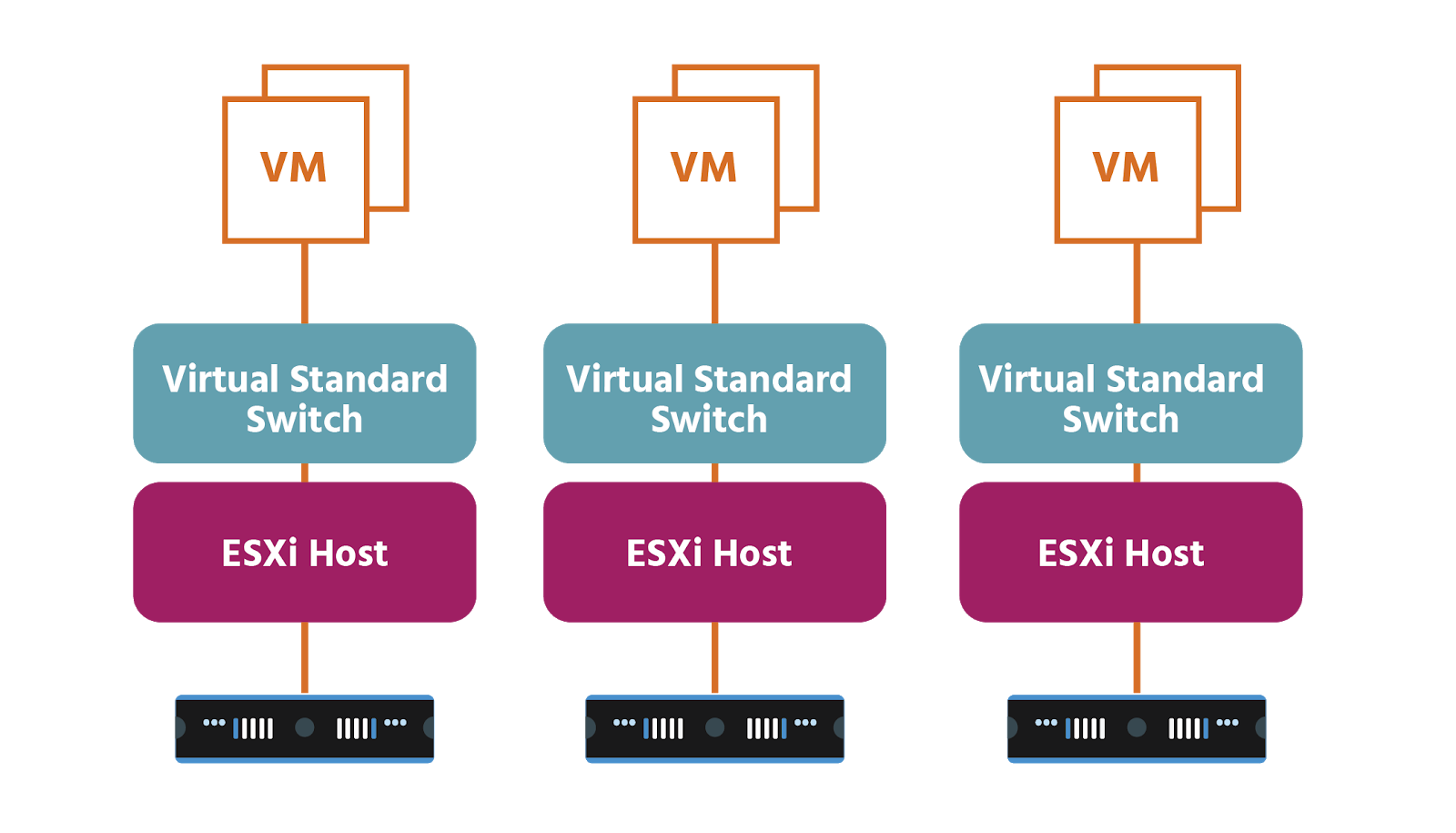 vSphere standard switches are created and configured on a per-host basis. So, if you have three hosts, you’ll need three virtual networks, three virtual switches, and three supporting port groups. Each host can have up to 4096 ports across both standard and distributed switches; a maximum of 1016 of these ports can be active at one time. Each standard switch can have up to 512 port groups.

Although by default vSwitch policies (security policies, for example) are automatically assigned to the vSwitch's port groups, port group policies can be configured manually.

vSphere network switches can be divided into two logical sections. The data plane carries out tasks such as packet switching, filtering (where a switch discards a frame that has the same source and destination MAC addresses), and tagging (where frames are tagged to indicate which VLAN they belong to). The management plane is where an administrator configures the functions of the data plane. Each vSphere standard switch contains both data and management planes, and the administrator configures and maintains each switch individually

vSphere standard switches are supported by NSX-V, but not by NSX-T. Instead, VMware has developed a new virtual switch for the changing demands of modern networking. The switch is called an N-VDS, and we will look at it in the next section.